After missing last year's tournament due to injury, Alex de Minaur is excited to be back on court and enjoying a career-best run at Australian Open 2021. 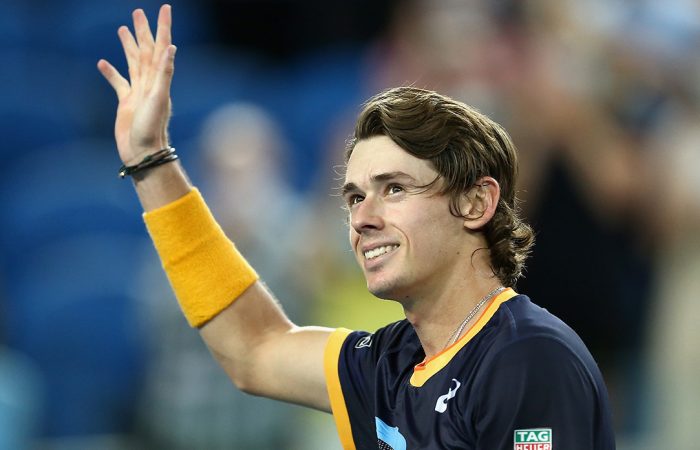 Alex de Minaur has matched his career-best result at the Australian Open, advancing to the third round for the second time.

But it is not his third-round run in 2019, which ended with a loss to second seed Rafael Nadal, providing inspiration this week. Instead, it is the disappointment of withdrawing from last year’s tournament on the eve of the first round with an abdominal injury.

“I’ve got to fill that void that I missed last year,” De Minaur admits. “It was not ideal having to pull out, having to come out here to the tournament, do my media and tell everyone that I was pulling out. That’s not a position I want to ever be in again.”

The world No.23 admits he was so devastated he had “to switch off” and pretend the tournament was not happening.

“I have used what I felt during all those stages last year to kind of fuel the hunger that I’ve got in the belly for this year,” he says. “I’m very happy to be here and play in front of an amazing crowd again.”

De Minaur is playing impressive tennis too, navigating a difficult draw to reach the third round without dropping a set.

It is no coincidence either that De Minaur is producing his best at Melbourne Park.

“All the work you put in is for this tournament,” he says. “You have the pre-season, and you want to just show off your best tennis in front of your home crowd. Your home Slam is always that one tournament you mark in the calendar which you want to perform in.”

Back in the 3rd round here at @AustralianOpen!! Hungry for more 😤👊😈 pic.twitter.com/1lUsajShHI

Encouragingly, the 21-year-old sees room for improvement too.

“I am my biggest critic and I always will be. That’s something that’s not going to change. It is true that at times I’m probably too hard on myself, and that can affect me not in a positive way. But I also believe that’s what drives me.”

Tonight, De Minaur plays world No.17 Fabio Fognini for a place in the fourth round. It is his first career meeting with the 33-year-old Italian.

“I’m making up for last year. I’m enjoying my time on court. Hopefully I can prolong it and keep playing some great tennis, because this is where I want to be.”