The draws for the Australian Open wheelchair championships are set and they include an all-Aussie showdown between Dylan Alcott and Heath Davidson. 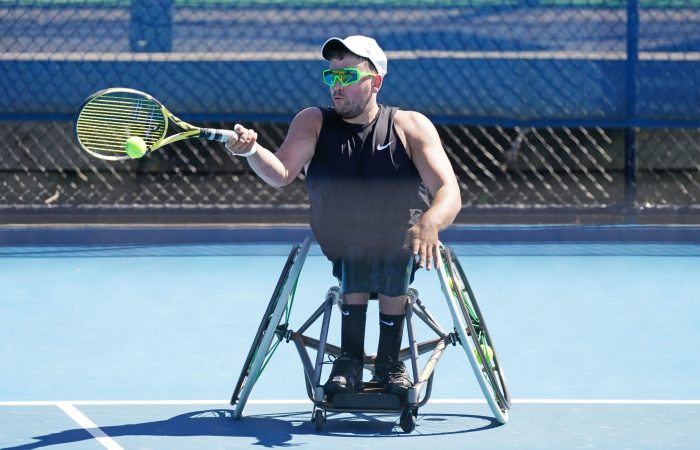 Australians Dylan Alcott and Heath Davidson have been pitted against each other in the opening round of Australian Open 2021.

Alcott is attempting to create Open era history at this year’s tournament, where he is the six-time defending champion in the quad wheelchair singles competition. No player has ever won seven consecutive Australian Open titles across any division at the tournament.

The world No.1 played Davidson, who is one of his best friends, in the final of the Victorian Wheelchair Open earlier this month and won in straight sets.

In a Grand Slam first, the quad wheelchair singles draw has been expanded to a knock-out eight-player draw. In the past, four players competed in a round-robin competition.

Alcott and Davidson will team up in the quad wheelchair doubles competition, where they are the three-time defending champions. The top-seeded pair play Dutch duo Sam Schroeder and Niels Vink for a place in the final.

"We all feel very lucky, pretty privileged to be here to be honest " @DylanAlcott speaks about what it means to be playing at #AO2021 👏#AusOpen pic.twitter.com/itGdtxk1fC

Australian Ben Weekes has been handed a tough draw too in the men’s wheelchair competition.

He plays top seed and defending champion Shingo Kunieda, a Japanese player who has won 10 Australian Open titles in his illustrious career.

Weekes is playing with Belgian Joachim Gerard in doubles, where they have been pitted against second-seeded French combination Stephane Houdet and Nicolas Peifer.