Taking advantage of time off tour in 2020 to undergo shoulder surgery, James Duckworth is now reaping the rewards. 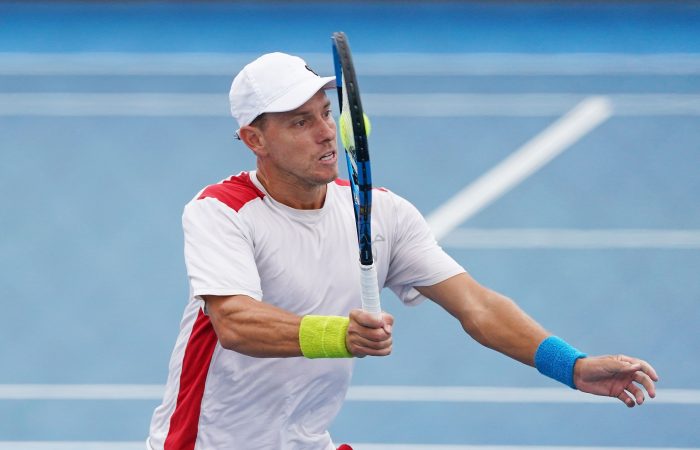 James Duckworth enjoyed a sensational start to the 2020 season, rising to a career-high ranking of No.71 in February and making his Davis Cup debut in March.

Although the 29-year-old was enjoying on-court success, physically he was struggling.

So when the COVID-19 pandemic shutdown professional tennis, Duckworth made a considered decision to undergo right shoulder surgery for a second time.

It was Duckworth’s eighth surgery since February 2017, having also dealt with right foot and elbow complaints during a testing four-year period.

“It was a tricky year for everyone, obviously dealing with the pandemic. It was great to get to my career-high and play Davis Cup, which was a dream come true. Then as soon as COVID hit I decided to take that opportunity to have a shoulder operation,” Duckworth told tennis.com.au, reflecting on his 2020 season.

When the tour resumed in August, Duckworth returned to compete in six tour-level events across America and Europe. He recorded two wins during that period.

“It probably took a little bit longer to come good as I would have liked,” Duckworth said of his shoulder.

“It was a bit of an issue on my serve, which is probably my best shot. So to not be able to rely on that for the back end of last year was tough.”

Since returning to his Brisbane base, the world No.104 has been working hard in preparation for 2021.

“It’s been an extended preseason, which I’m not really used to. But I’m happy with how I’m playing and I’m injury free, which is nice,” Duckworth said.

“For the past 10-12 weeks I’ve been able to serve full pace without taking any anti-inflammatories. It is very strange for me not to be taking them. I’ve been on them for a couple of years constantly.”

Playing pain free is a welcome reward for the brave decision to undergo more surgery. It was a risk that Duckworth hoped could prolong his career and improve the long-term health of his shoulder.

“It was tricky playing with that niggle, so I’m happy I did (the surgery). It’s 100 per cent now,” Duckworth said.

This provides added confidence as he prepares for his ninth Australian Open main draw appearance.

After playing in front of empty stands at last year’s US Open and Roland Garros, Duckworth can’t wait for his Melbourne Park return.

“I’m looking forward to playing in front of some people again,” he said.

“It was a weird feeling (last year), especially at the US Open, which is a tournament that is known for being so loud and having an electric atmosphere.”

The crowd support is one of the reasons Duckworth calls the Australian Open his favourite tournament.

“Every year you get great crowd support and there’s just a great atmosphere,” Duckworth reasoned.

His lists his Grand Slam breakthrough at Melbourne Park in 2012, when he reached the second round on debut as a No.250-ranked wildcard as one of his most memorable moments.

“My first year was pretty great. I won a round then I played Janko Tipsarevic, who was No.9 in the world at the time, at Margaret Court Arena,” Duckworth recalled.

“It was a packed house there, which was pretty cool. We were a set all and deep in the third when the whole crowd started singing ‘Old McDonald had a farm’ and everyone was quacking. That was a really cool experience listening to six thousand people quack.”

An injury free Duckworth, whose grandmother Beryl Penrose is a former Australian Open champion, is ready to create even more special memories in 2021. He is hoping to progress beyond the second round at a major for a first time and give his fans plenty to quack about too.