The first wildcard recipients for Australian Open 2021 have been revealed ... 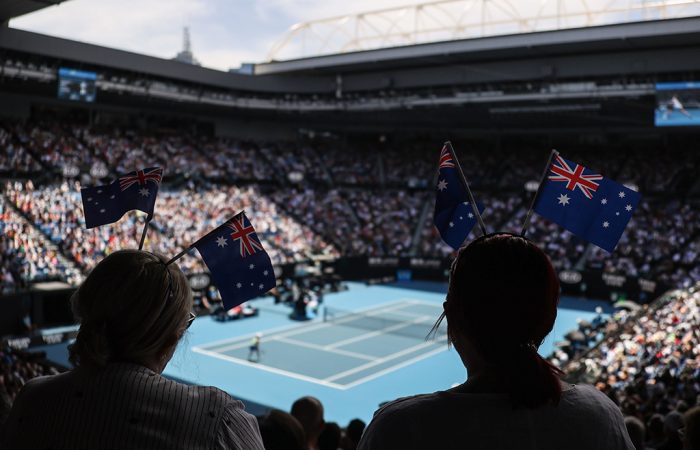 Christopher O’Connell and Marc Polmans have been awarded wildcards into the men’s draw, along with Daria Gavrilova, Astra Sharma, Maddison Inglis and Lizette Cabrera in the women’s draw.

“While 2020 has been an incredibly challenging year, we’re proud of the strength and resilience this group of players has shown during this difficult time,” said Australian Open Tournament Director Craig Tiley.

“Chris, Marc, Dasha, Astra, Maddy and Lizette have all inspired us with their efforts both on and off the court, here at home and in unprecedented conditions overseas. We are excited to give them the opportunity to compete at Australian Open 2021.

“The Grand Slams are the pinnacle of our sport and the chance to play at home is an experience we know these deserving players will cherish.”

World No.120-ranked O’Connell is thrilled to secure a place in the men’s main draw.

“I was super pumped to get the call. I was lucky enough to receive a wildcard last year and it was an amazing experience,” O’Connell said.

“I’m extremely excited to play in another Australian Open and compete against some of the best players in the world.”

Gavrilova is also excited to play the tournament in 2021 after missing out this year due to injury.

“I’m really excited to play in the AO next year. I’ve been training really hard to prepare and I’m just super excited to get the opportunity to compete, especially in front of a crowd, we haven’t had that for a while,” Gavrilova said.

“I was thinking the other day that Victorians have had such a rough year with the pandemic, so I’m hoping that the AO is a good chance for people to come out and watch, and be excited that tennis is back. I’m going to make sure I bring double the energy, so I hope the crowd will too.”

Christopher O’Connell (NSW)
O’Connell will contest his home Grand Slam for a third time. The 26-year-old from Sydney set a career-best ranking of No.111 in September. This high followed O’Connell’s first Grand Slam match win, advancing to the US Open second round.

Marc Polmans (Vic)
The 23-year-old from Melbourne will make his third main draw appearance at Melbourne Park. The world No.124 reached the second round at both the Australian Open and Roland Garros in 2020, helping him achieve a career-high ranking of No.116 in October.

Daria Gavrilova (Vic)
The former world No.20, who is currently ranked No.450, has made the fourth round at Melbourne Park twice – in 2016 and 2017. Gavrilova scored her best Grand Slam victory in three years at Roland Garros in September, beating No.24-seeded Dayana Yastremska in the opening round.

Astra Sharma (WA)
The No.129-ranked Sharma is set to play her third Australian Open. The 25-year-old from Perth, who reached the second round at Roland Garros in 2020, has enjoyed previous success at Melbourne Park in mixed doubles. She made the final on debut in 2019 and the semifinals earlier this year.

Maddison Inglis (WA)
Inglis will make her second Australian Open main draw appearance – and first since winning the AO Wildcard Play-off in late 2015. The world No.130 from Perth has been one of the biggest improvers in the past year, with the 22-year-old rising to a career-high ranking of No.112 in March.

Lizette Cabrera (Qld)
Cabrera also achieved a career-best ranking in 2020, peaking at No.119 in February shortly after reaching a WTA quarterfinal in Hobart. The 23-year-old, who is currently ranked No.140, is making her fourth Australian Open main draw appearance.

Reciprocal wildcards for both the USTA and FFT have not been awarded this year. Further main draw and qualifying wildcard announcements will be made soon.

Australian Open 2021 tickets are on sale now via ticketmaster.com.au.