Australian Storm Sanders reflects on a season that delivered unexpected challenges – but also new highs and a valuable lesson in the importance of maintaining a positive attitude. 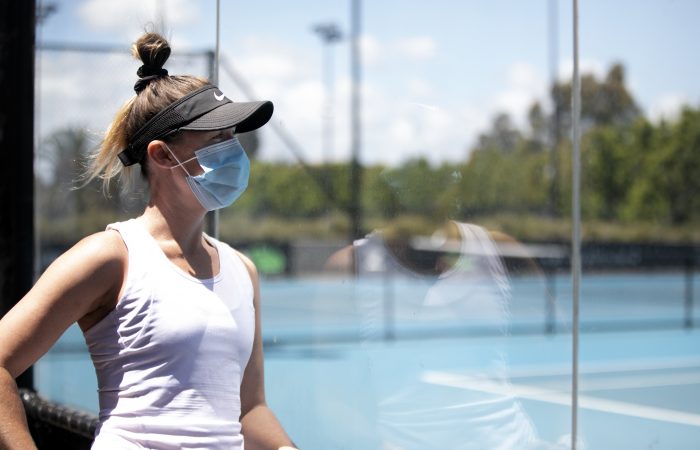 Facing challenges with a positive mindset can reap big rewards, as Storm Sanders has discovered in 2020.

After spending several months in Melbourne’s lockdown during the COVID-19 pandemic, the 26-year-old returned to the WTA Tour later in the year to experience new career highs.

“I was lucky,” Sanders says of a return that included maiden doubles appearances at the US Open and Roland Garros.

This included a finals appearance in Istanbul and a quarterfinal run at the Western & Southern Open, played in New York. It helped the left-handed Sanders finish the 2020 season with a doubles ranking of No.65 – her highest ever year-end world ranking.

Sanders also contested two WTA singles events, advancing to the main draw as a lucky loser in both.

Having only resumed her singles career in October 2019, Sanders’ initial 2020 goal to improve her singles ranking was put on hold due to the limited competition opportunities. She still ended the season at world No.282, well above her 2019 year-end finish of No.428.

“The biggest thing is to only focus on what you can control,” Sanders says of her most valuable lesson in 2020.

“Obviously there was a lot of things that were out of our control all year. I tried to focus on what I can control and my attitude, especially when we were in lockdown and I could only train by myself in my garage.

“It was challenging at times for everyone. But it also showed me that if you do have a positive outlook on life, it can really change your attitude and you can still be productive – even when things aren’t going how you might have expected them to go.”

Sanders is now back in Melbourne, where she is completing her preseason training. She won a UTR Pro Tennis Series singles title in November and is also celebrating her recent engagement.

Wedding planning, however, is on hold for now.

“It definitely won’t be next year,” Sanders says.

“We want to wait and see if COVID settles down and if there are vaccines, so we’re looking at 2022.”

For the same reasons, Sanders is also hesitant to set any 2021 season goals.

“I feel like at the moment with everything that is happening, it is a little bit tricky,” Sanders explains.

“I’m just focusing on my preseason. I’m trying to get as fit as a I can, get a lot of training in and feel pretty confident so that when the 2021 season does start, I know I’m healthy and ready to go.”

While refusing to set goals might feel unnatural for a professional athlete, Sanders knows there is no point dwelling on such challenges.

“It’s all about your positive focus and your mindset,” she reiterates.