Australian John Peers and New Zealand's Michael Venus have lost their opening round-robin match at the ATP Finals in London. 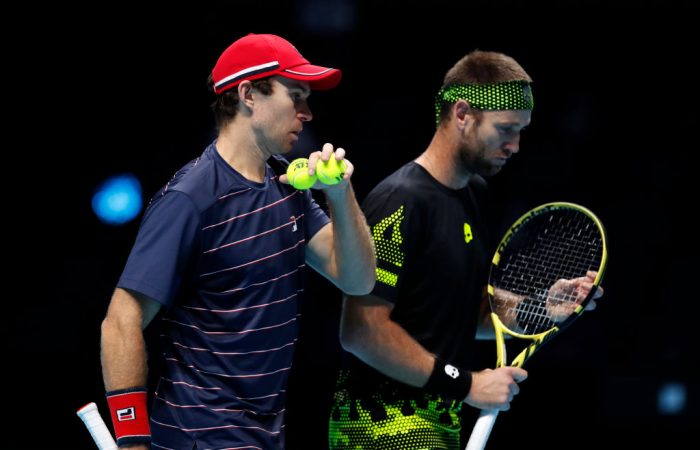 John Peers’ hopes of winning a third ATP Finals title have been dinted, with the Australian losing his opening match in London.

It was a solid performance from Granollers and Zeballos, saving five of the six break points they faced in the one-hour, 42-minute battle.

With two round-robin matches still to play, the sixth-seeded Peers and Venus remain in contention for the prestigious season-ending title. But they now face a must-win showdown against seventh seeds Jurgen Melzer of Austria and Frenchman Edouard Roger-Vasselin on Wednesday (Thursday AEST) to keep their hopes of qualifying for the semifinals alive.

Peers is one of four Australian men – alongside John Fitzgerald, Todd Woodbridge and Mark Woodforde – to win an ATP Finals doubles title in the event’s 50-year history.

The 32-year-old is aiming to become the first Australian three-time champion this week.