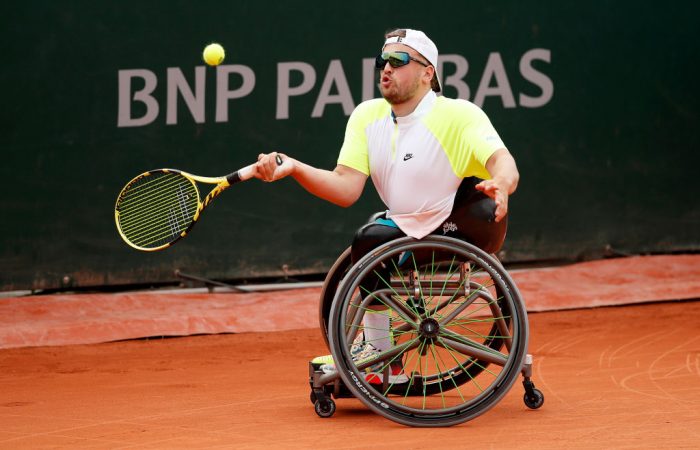 Dylan Alcott got within one point of defending his quad wheelchair doubles title at Roland Garros.

The Australian and Brit Andy Lapthorne had a championship point while leading 6-4 5-3 in today’s final, but were unable to convert.

American David Wagner and the Netherlands’ Sam Schroder then fought back to record a 4-6 7-5 [10-8] victory.

“If you don’t take your chances, you give opponents the chance to come back, and that’s what we did,” Lapthorne told the ITF.

“We had a match point in the second set, maybe could have played that point differently, but it is what it is.”

Alcott, who was aiming to win an eighth career Grand Slam doubles title, and Lapthorne won 72 points to their opponent’s 71 in the one-hour and 41-minute match.

Alcott and Lapthorne now turn their attention to the singles final, where they will face-off for the title.

The 29-year-old from Melbourne boasts a 30-7 win-loss career record against the world No.2-ranked Lapthorne. Alcott has won their past four matches and also their only previous meeting on clay, at the World Team Cup in 2018.

The world No.1-ranked Alcott, who is the defending champion in Paris, is looking to win his 11th Grand Slam singles title.