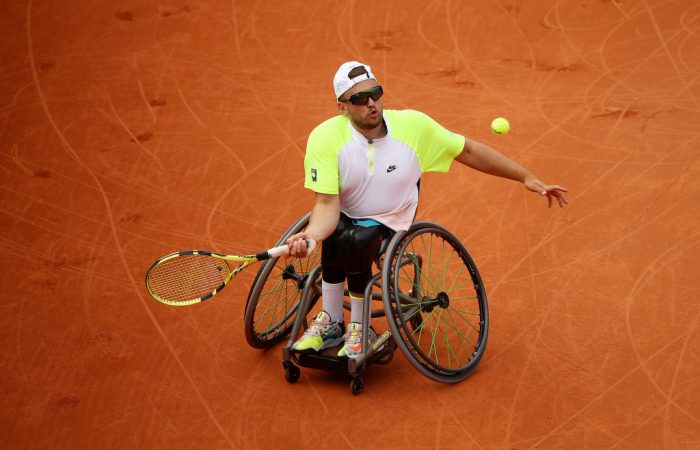 Dylan Alcott’s quest to defend his Roland Garros singles title is off to a winning start.

The world No.1-ranked Australian scored a 6-2 6-4 victory against the Netherlands’ Sam Schroder in the semifinals in Paris.

It was an impressive performance from Alcott, who lost to the world No.3-ranked Schroder in the US Open final last month.

The 80-minute victory propels Alcott into the Roland Garros final for a second consecutive year, where he will try to win his 11th Grand Slam singles title.

World No.2 Andy Lapthorne awaits in the final, which will be played on Saturday.

The Australian has won eight of his past 10 matches against the 29-year-old Lapthorne, including their past four meetings.

Alcott’s career record against the Brit stands at 30 wins and seven losses. They have only played once before on clay, with Alcott winning in straight sets at the World Team Cup in 2018.

Alcott and Lapthorne team up in Paris on Friday for the quad wheelchair doubles final, where they face Schroder and American David Wagner.

> Check out the day 13 order of play at Roland Garros

The 29-year-old Alcott is also the defending doubles champion at Roland Garros, winning the title with Wagner last year.