Find out who the biggest ranking movers across singles and doubles were this week ... 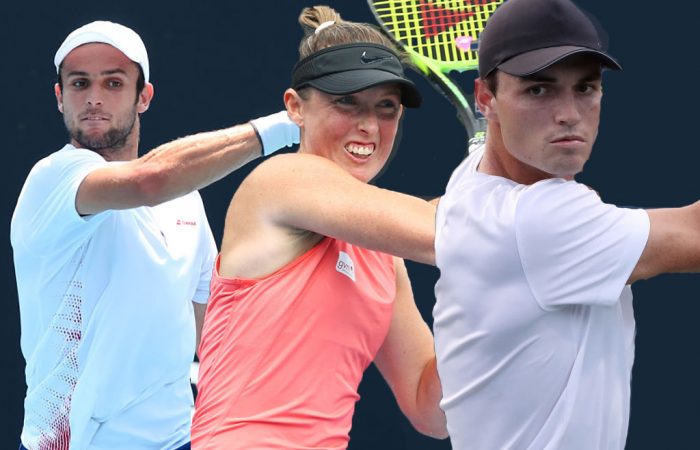 Aleksandar Vukic is also at a new career-high, rising to No.190 after reaching an ATP Challenger quarterfinal last week as a qualifier.

Although Ash Barty did not compete in the US Open, the 24-year-old from Brisbane retains the world No.1 women’s singles ranking.

Ellen Perez was the biggest mover inside the Australian top 10 this week, improving nine places to No.239 after qualifying for a WTA tournament in Istanbul.

Seone Mendez jumped 11 spots after reaching the second round at a WTA 125K tournament in Prague. This effort improves the 21-year-old’s ranking to a new career-high of No.264.

John Peers continues his run as Australia’s No.1-ranked doubles player. Although the 32-year-old advanced to the US Open second round alongside New Zealand’s Michael Venus, his ranking has dropped two places this week to No.33.

Storm Sanders has achieved a new career-high doubles ranking, improving two places to No.62 after reaching a WTA final alongside Ellen Perez in Istanbul.