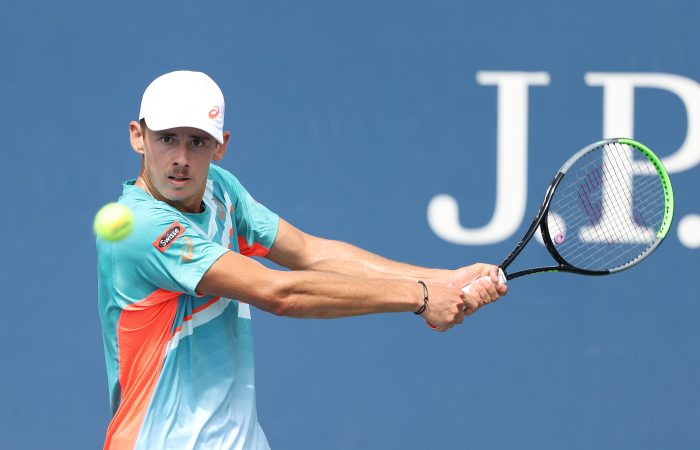 All eyes have been on New York this week, where Grand Slam tennis has returned. The US Open has proved very memorable for many of our Aussie players too …

There has been lots of talk about the world No.28’s moustache as well:

Christopher O’Connell posted the biggest win of his career in a Grand Slam breakthrough:

Meanwhile, Dylan Alcott has arrived in New York and begins his campaign for a third US Open singles title tomorrow:

Prep done. The @usopen have been incredible to get this grand slam up.

John Millman has headed to Europe for the next events in the tour’s return:

I’ve heard lots of complaints about the US Open. Some, I think could be warranted but on the whole considering it was the first tournament back, it was a decent return to tennis. I’m concerned if we’re complaining now what happens when we get into the European season..

John Peers is getting his feet dirty on clay in Rome:

Welcome back to the clay! #rome

Daria Gavrilova is Europe bound too, which meant saying a sad farewell to her dog Tofu:

I had a dream I tested positive for Covid before RG. I'm writing this here so it doesn't happen

Todd Woodbridge looked back on a major career milestone:

The former world No.1 is embracing the future too, making virtual visits to schools as part of the ANZ Tennis Hot Shots Racquet Roadshow:

Took a virtual trip to Adelaide yesterday to go on the road with our #ANZTennisHotShots tour.. with @ANZ_AU @TennisAustralia are giving away another 30,000 racquets, that will be 170,000 kids receiving their first racquet over the past 4 years. https://t.co/X9p2peVyvb

It has been a difficult decision to make but unfortunately I will not be competing in Europe this year. Last year’s French Open was the most special tournament of my career so this is not a decision I have made lightly. There are two reasons for my decision. The first is the health risks that still exist with Covid. The second is my preparation, which has not been ideal without my coach being able to train with me due to the state border closures in Australia. I wish the players and the French Federation all the best for a successful tournament. I now look forward to a long preseason and the summer in Australia. It has been a challenging year for everyone and although I am disappointed on a tennis front, the health and well-being of my family and my team will always be my priority. Thank you to my fans for your continued support, I can’t wait to play for you again.

And ICYMI, Casey Dellacqua and Todd Woodbridge served up the latest tennis news in their social media show Headline Hits: