Thompson’s US Open run ends in fourth round 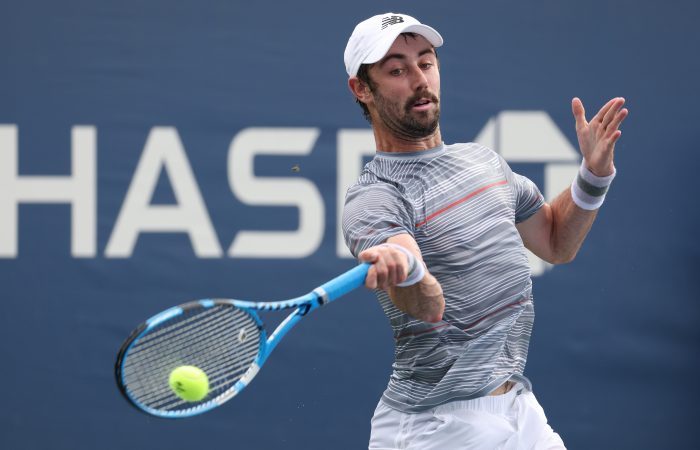 Croatia’s Borna Coric proved too strong for the 26-year-old Australian, recording a 7-5 6-1 6-3 win in fourth-round action in New York today.

The No.27-seeded Coric snared an early break in their Louis Armstrong Stadium showdown and served for the opening set at 5-4. Thompson managed to break back, taking advantage of his first break point opportunity of the match to level. The No.63-ranked Australian was returning well, piling pressure on Coric’s second serve.

But Coric, who has a career-high ranking of No.12, then broke Thompson’s serve to love in the next game. The measured Croatian did not squander his second opportunity to serve out the opening set, sealing it with an unreturnable serve on his third set point.

When Thompson challenged, Coric always found an answer – which became the story of the match.

The Croatian raced through the second set, dropping only five points on serve. He hit just three unforced errors, while a frustrated Thompson had 12.

Thompson refused to give in and stuck with Coric early in the third set. But the Croatian broke to love again in the sixth game and moved ahead 5-2.

“It wasn’t my best serving display,” admitted a disappointed Thompson, who landed only 55 per cent of first serves throughout the match.

Coric served out victory after two hours and eight minutes on court. He finished the match with 30 winners and won 75 per cent of points on his first serve.

“All credit to him,” Thompson conceded. “He’s playing good tennis, too good.”

There are still many positives for the Australian to take from a career-best Grand Slam performance. His ranking is set to rise back inside the world’s top 60 and he leaves New York with USD$250,000 in prize money – the biggest pay day of his career.

“An incredible week for me,” Thompson said. “I’m playing good tennis and looking forward now to getting on the clay. This has given me a lot of confidence.”

Earlier today, world No.1 Novak Djokovic was defaulted after accidentally hitting a lineswoman with a ball. It leaves the men’s singles draw wide open and guarantees a first-time Grand Slam champion in New York this week.