World No.26 Alex de Minaur weighs in on the debate on when professional tennis should resume following the COVID-19 suspension. 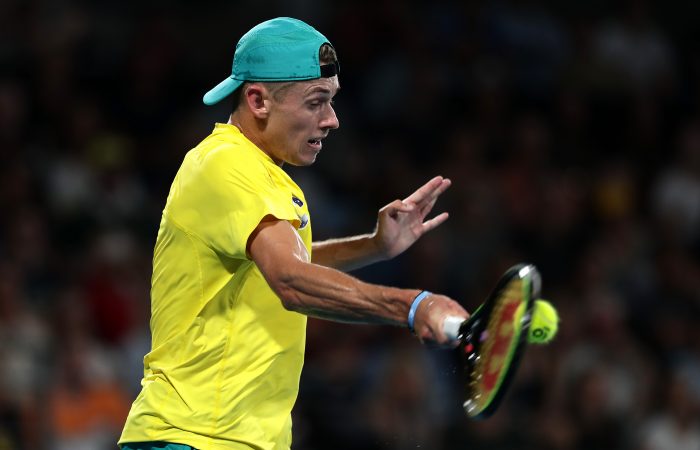 The world No.26 spoke to The First Serve last night from his Spanish base, where he warned a rushed return to professional tennis could be dangerous.

“We could end up with a lot of players getting injured, that’s my only concern,” he said.

The US Open plans to announce later this month whether or not they will hold their 2020 event, scheduled to begin on 31 August. The French Open hopes to play their rescheduled 2020 event following the New York major.

“It’s all about finding a healthy balance. I can guarantee you that every single tennis player wants to get back out there and start competing again, but you’ve also got to look at the ways the players are going to be treated, their bodies,” De Minaur said on the proposed schedule.

“At the end of the day you can do all the training in the world, put your body through five-hour training sessions each day but nothing compares to competition. The nerves, the stress, everything that happens in a match … that’s going to take a toll on the body.”

“It’s not easy to pick up where you left off,” he warned.

The 21-year-old played his first competitive matches in more than three months over the weekend, participating in a Region of Valencia Tennis Challenge.

The final was abandoned due to rain, but De Minaur still took many positives out of the event.

“It was great actually. Even though it was technically just practice matches, I used it as opportunity to get back into competing and get those competitive juices flowing again,” he said.

“It felt good to be back on the court, that’s for sure.”

The Australian, who lives in Alicante, described his COVID-19 lockdown experience as difficult.

“It’s definitely been a shock to the system,” he said. “It’s the longest time I’ve spent anywhere in maybe five or six years.”

It has not been all bad news for De Minaur though, who has used the time off tour to heal an abdominal injury that forced him to withdraw from the Australian Open earlier this year.

“I’ve (also) had a chance to spend a lot of time with the family and I’ve recently got a little puppy I’m taking care of – which is taking up a lot of time in my days,” he said.