As he celebrates his 25th birthday, Nick Kyrgios is also showing how passionate personal pursuits can help his progress as a player. 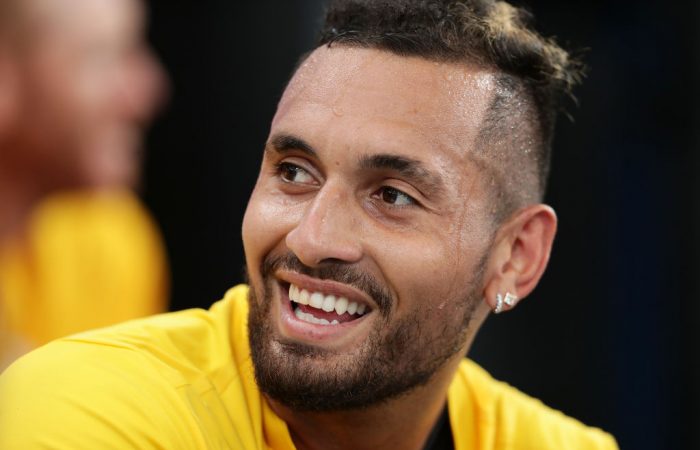 The new year had barely kicked off before Nick Kyrgios indicated that the 2020 season could be career-defining.

If that was a stretch for a man who stunned world No.1 Rafael Nadal to make the quarterfinals on his Wimbledon debut in 2014 – and went on to finish that season as one of only two teenagers inside the world’s top 100 – it also highlighted that this year would mark a more personal turning point.

As one of the first players to declare his intention to donate $200 for every ace served over the Australian summer, Kyrgios helped galvanise the tennis community’s collective effort to raise millions of dollars in bushfire relief efforts.

“I’m sure that all these guys will be happy to help,” reasoned Kyrgios at the ATP Cup in Brisbane. “I think we have the potential to do something pretty special.”

It proved an understatement as Kyrgios delivered both individually and among his playing peers. Serving up 169 aces across eight singles matches to take his personal tally to AUD $33,800, the Australian also played a leading role in Rally for Relief event ahead of the Australian Open.

The sell-out event was soon bolstered by a string of initiatives from other prominent members of the tennis community. An inspired John McEnroe was among them, the former world No.1 pledging $1000 for every set Kyrgios won in Melbourne. This support helped bushfire relief efforts exceeded more than six million dollars.

An inevitable peak in popularity barely registered. “To be honest, I don’t really care about the reputation, the media coverage,” said Kyrgios. “I just do it because I genuinely want to help.”

While he admitted it was a challenge to focus on tennis at such a difficult time for the wider community, Kyrgios also acknowledged an important purpose.

“If you get down to it, people are losing their families, homes. It’s not easy to just completely switch your concentration on the Australian Open,” he related.

“At the same time, I have to find the balance. I have to go out there and try to get the best out of my game.

“I think when I’m playing, at the moment I’m playing for a lot more than myself. I feel like I’m getting the best out of myself with that.”

It was an attitude that helped Kyrgios match his best Australian Open result since reaching the 2015 quarterfinals. After wins over Lorenzo Sonego and Gilles Simon, Kyrgios overcame the higher-ranked Karen Khachanov in a five-set Melbourne Arena thriller.

HIGHEST IN THE ROOM

Taking his record to 7-2 in five sets, Kyrgios also delivered new heights in entertainment as he hit 97 winners to outclass the talented Russian.

“I could feel everyone in the crowd, just everyone trying to will me over the line. It’s a good feeling,” he enthused.

Following wins in three of his four matches at the ATP Cup – including over world No.6 Stefanos Tsitsipas – there was also a rankings boost, Kyrgios returning to the top 20 for the first time since 2018 after his impressive Australian summer.

“I feel good,” he said. “I feel like I’m just trying to spread a lot of positive vibes around. That’s all I’m trying to do.”

While shoulder and wrist injuries stalled momentum as Kyrgios withdrew from subsequent events in New York and Delray Beach, contributions continued in other ways.

After the tours were shutdown due to the COVID-19 crisis, the Australian was soon showing his community-minded spirit at home in Canberra. After instructing anyone in need to reach out to him, social media subsequently showed Kyrgios and his family delivering on that promise with goods packages.

The self-assessment that followed a four-set loss to Nadal in Melbourne was proving accurate.

“I feel like I’ve made progress as a human. A tennis player, I don’t really care about as much,” Kyrgios commented after the fourth-round exit. “But I want to keep going in this direction, for sure.”