With no Australians advancing past the semifinals in either singles draw, it was left to the the international brigade to fight out the honours in Mildura. 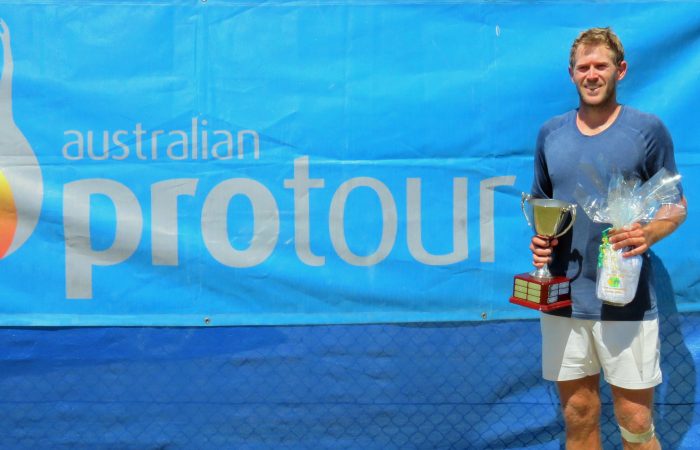 Brit Bryden Klein took just an hour and a half to claim the Mildura Grand Tennis International title on Sunday.

The third seed started strong, breaking early, but was then pushed in the first set by Japan’s Rio Naguchi (No.4). In the end, however, he remained consistent when it mattered, running out a 7-5 6-3 winner.

“I always feel comfortable here,” Klein, a finalist last year, said. “I grew up playing on grass as a kid in WA and I came into this tournament well-prepared. I think I played really well this week.”

“I only came back from a quad injury in mid-January, so my match fitness isn’t really there yet. I didn’t have any expectations this week so I’m pretty happy to win it.”

After an ordeal with a blood clot on his lungs last year, which included time spent in hospital, the 30-year-old now has a refreshingly clear outlook on the game.

“I’m really enjoying my tennis now. I’m just happy to be on court and to be able to breathe properly again.”

In the women’s singles final, it was a battle between two unseeded players, Ukrainian Marianna Zakarlyuk and Misaki Matsuda of Japan, who have both shown tremendous form this week. The lower-ranked Zakarlyuk (world No.699) took the first in a set tie-breaker, enabling her confidence to grow, with her heavy-hitting groundstrokes proving extremely effective. She overpowered Matsuda to take the title 7-6(2) 6-1.