No joy for Aussies in Mildura semis

Qualifier Sara Tomic and top seed Arina Rodionova both unable to advance to the Australian Pro Tour final in Mildura. 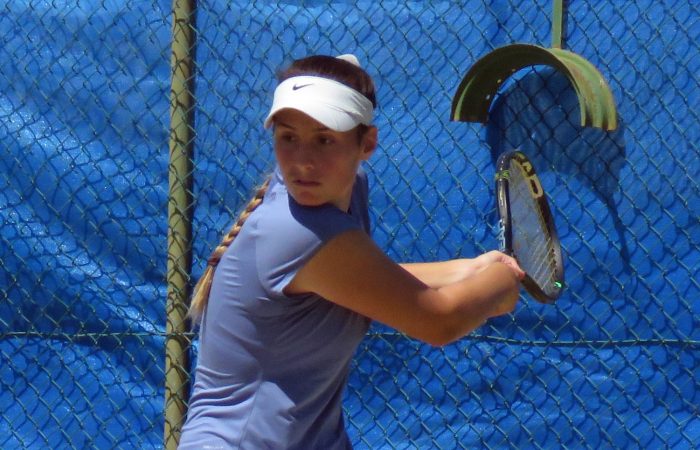 The women’s singles final in Mildura will be an all-international affair after Australians Sara Tomic and Arina Rodionova lost their respective semifinal encounters on Saturday.

Tomic, who qualified for the Mildura Grand Tennis International, was unable to fight off Marianna Zakarlyuk, despite taking a spirited second-set tiebreaker. The deciding set was a one-sided affair, with the  unseeded Ukrainian eventually prevailing 6-2 7-6(6) 6-0.

Despite the loss, Tomic remained upbeat about her Mildura campaign and her enjoyment in playing on the grass, where she cited an ability to control the tempo, shorten the points and take time away from her opponents.

“I’m really happy with how I’ve played here, it’s always been a good tournament for me, but credit to her today,” Tomic, 22, said. “I just made too many unforced errors and wasn’t able to take all my opportunities when I had them.”

Zakarlyuk, the world No.699, will face Misaki Matsuda in the final, after the unseeded Japanese ended the hopes of top-seeded Aussie Arina Rodionova, 7-5 7-6(7). While the first set remained tight throughout, Rodionova moved out to an early advantage in the second, before the crafty Matsuda reigned her back in and closed out the match in a hard-fought tiebreaker.

Rodionova, additionally the top seed in doubles with Kiwi partner Erin Routliffe, also fell short in their final, with NSW’s Abbie Myers and Slovakian Tereza Mihalikova (No.2) claiming the title 6-3 6-2.