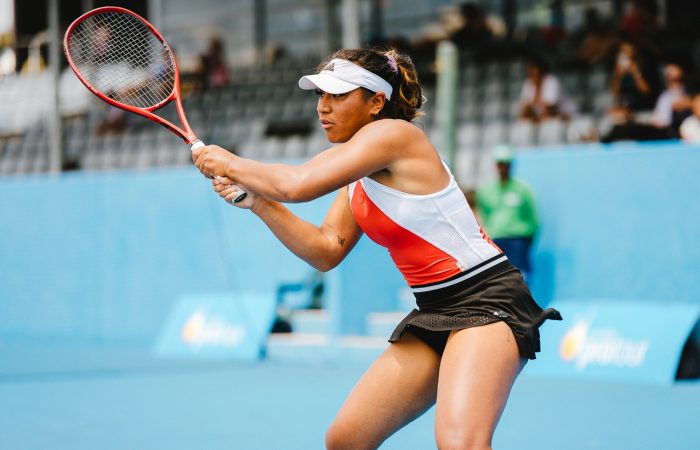 Destanee Aiava has been stopped at the semifinal stage of the Perth International #2 on Saturday in her second match of the day.

With rain impacting play early in the week, both quarter and semifinals took place in perfect conditions as the Victorian teenager, and current world No.244, first accounted for American Asia Muhammad in a thrilling three-set, 6-3 6-7(1) [10-7] victory. After a confident opening set, the fifth seed fought off her resurgent, higher-ranked opponent with accurate serving and heavy groundstrokes, forcing enough mistakes to take the match.

After 19 matches in two weeks, including a semifinal appearance in Perth last week, Akita showed no signs of slowing, and was simply the better player, defeating Aiava 6-4 6-2.

The 30-year-old veteran will now face Ramialison in a bid for the title, after the experienced Frenchwoman reversed the outcome of her recent West Australian Open final against Elie, winning 6-4 6-4.