West Australian Maddison Inglis takes on Destanee Aiava in Perth after both earned a finals berth this weekend. 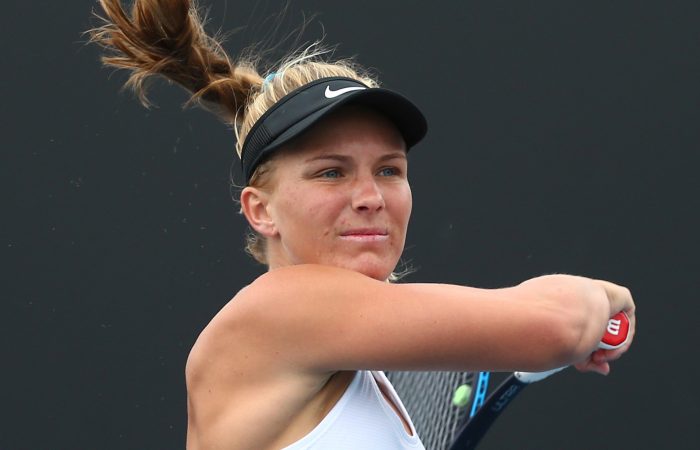 Local favourite Maddison Inglis survived a first-set scare to reach the final of the Perth International #1 on Saturday.

The top seed withstood an early onslaught from Japanese qualifier Shiho Akita, before resuming control to take the match 5-7 6-3 6-3.

“Today was her seventh match here and she was definitely hitting the ball well,” Inglis said of her opponent. “It was tough to get through and I was really happy with the way I just stuck with it. It’s good to get a match like and get a bit of confidence out of it.”

Inglis has been largely untroubled this week in Perth, the semifinal providing the only set she has dropped thus far. “It’s been getting better as I’ve played more matches and got more time on the court,” she said. “Hopefully tomorrow will be better again.

“It’s been a really fun week, just being at home and spending time with family, with them coming out to watch.”

“I haven’t played Destanee since 2018,” Inglis said, with their head-to-head record standing at one win apiece. “We’ve been around each other a lot, so I know it’s going to be a tough match.”

The 22-year-old is inching ever closer to a debut in the world’s top 100, with a title win seeing her likely push past her career-high ranking of world No.116.

“It’s getting a bit harder to move at this position now but a win tomorrow would be unreal,” Inglis said.