Ajla Tomljanovic falls in the second round of the WTA event in St Petersburg, yet several other Aussies remain alive at tournaments around the globe. 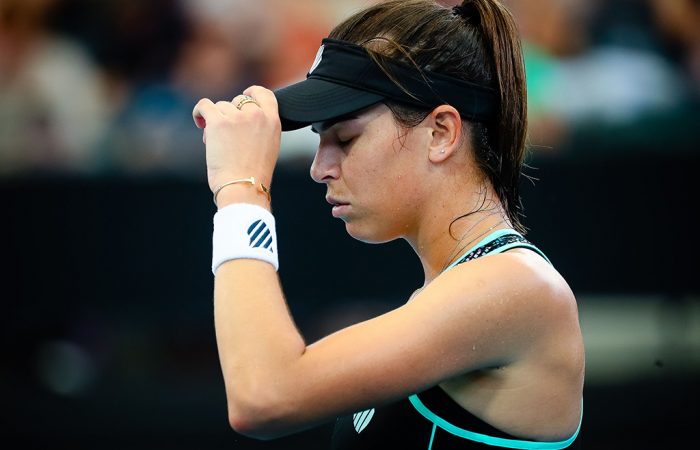 Ajla Tomljanovic on Wednesday fell in the second round of the WTA St Petersburg Ladies Trophy to Anastasia Potapova.

Tomljanovic was unable to maintain her winning momentum from her first-round win over Marketa Vondrousova, going down 7-6(2) 6-3 to the Russian qualifier, who has now won four straight matches in St Petersburg without dropping a set.

Despite the loss, Tomljanovic has enjoyed a consistent start to season 2020, having not lost a first-round match in four tournaments so far.

In the quarterfinals, Potapova is likely to face Kiki Bertens, should the second seed get past Veronika Kudermetova.

Elsewhere at tour-level events around the globe, Australian qualifier Storm Sanders will on Thursday night take on No.1 seed Elina Svitolina for a place in the WTA Hua Hin quarterfinals.

Sanders, who begun the week in qualifying and who has won three matches to arrive at this point, will take on the world No.4 at around 10pm AEDT.

At the ATP New York Open, Jordan Thompson will face top seed John Isner for a shot at his second straight quarterfinal at the indoor hard-court tournament. Last year, it was Isner who stopped him in the last eight.

That match is scheduled for 11.30am AEDT on Friday.

Meanwhile, Astra Sharma snapped a four-match losing streak thanks to a 6-1 6-3 win over Maria Mateas at the 100K ITF Kentucky Open.

Sharma had lost eight of her last nine matches dating back to September as she grappled with a knee injury that eventually necessitated surgery in November.

She will take on Olga Govortsova for a place in quarterfinals.