Ajla Tomljanovic upends fifth seed Marketa Vondrousova in the first round of the WTA St. Petersburg event before Jordan Thompson advances to the second round in New York. 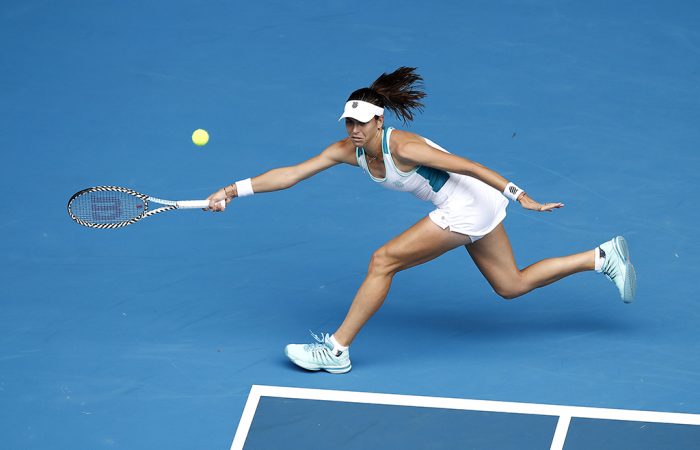 Ajla Tomljanovic will play Anastasia Potapova for a place in the St Petersburg quarterfinals after a come-from-behind victory over Marketa Vondrousova on Tuesday.

Tomljanovic defeated the fifth seed 3-6 6-3 6-4 at the WTA Premier-level event to ensure she remains unbeaten in first-round matches in 2020.

Vondrousova, last years French Open finalist who fell to Ash Barty in the title match in Paris, is the world No.17 — the highest-ranked player Tomljanovic has beaten this year.

World No.57 Tomljanovic has never before played Potapova.

One break of serve was enough for Thompson to seal a place in the second round at the indoor hard-court tournament.

Next up for the Sydneysider is another big-serving challenge in American top seed John Isner.