Kubler back in winner’s circle

Queenslander Jason Kubler looks to revive his career once again with an opening round win at the ATP Challenger event in Burnie. 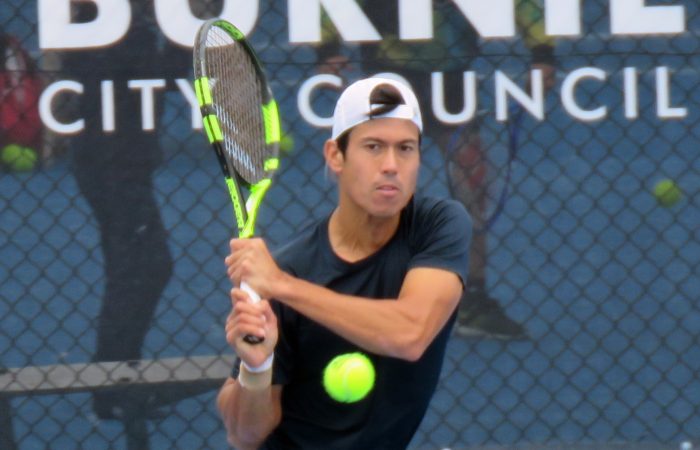 “It’s been a long time, it feels good to get one,” Kubler said after the 6-4 6-4 victory. “Blake’s been in a similar boat to me, he’s been injured for a while, but he’s hitting as good ball.”

After reaching a career-high world No.91 in October, 2018, Kubler, now 26, continued his unfortunate run of injuries with his ankle, knee and wrist all contributing to limited time on court – aside from claiming an ATP Challenger title in Gatineau, Canada, in July last year.

He played most recently in Bendigo and at the Australian Open qualifying event, both of which resulted in first round losses.

“There were definitely some dark times,” he said. “It was tough, more mentally than anything. You try to find things to get you through.

“I just really want to enjoy it now, rather than have this big pressure.”

Currently sitting at world No.261, Kubler says he is not quite at 100 per cent fitness yet, but that he is headed back in the right direction.

Standing in his way next round is Canadian Steven Diaz, the third seed. “I used to practice a little with him in Spain, so I’m looking forward to it. I’m going to be doing some running, I know that much,” Kubler said.

Local Tasmanian Harry Bourchier enjoyed an equally impressive victory on Monday, taking out last year’s runner-up, Queenslander Maverick Banes. Bourchier, 24, will be looking to replicate his form from last year where he reached the quarterfinals.

Other Australian’s moving on to the next round include Jacob Grills, who defeated fellow Victorian Dayne Kelly in three tight sets, and West Australian wildcard Tristan Schoolkate; the teenager defeating Akira Santillan 6-3 6-4.

Top seed Taro Daniel of Japan will open his account on Tuesday when he faces compatriot Yuta Shimizu.