Lizette Cabrera advances to her first WTA quarterfinal since 2017 with a three-set victory over Kristyna Pliskova. 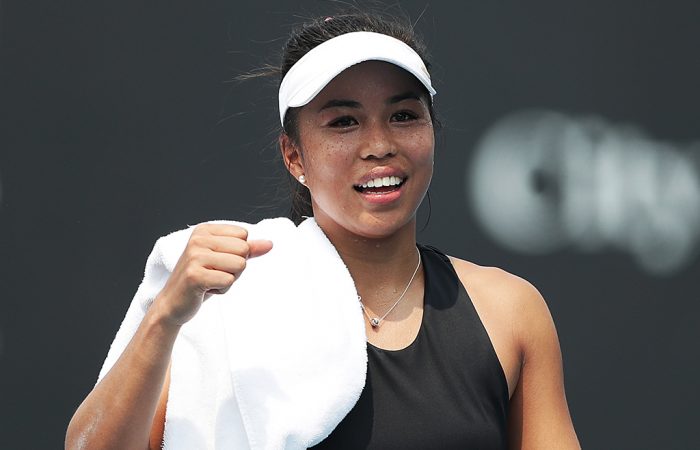 Lizette Cabrera has moved into the last eight at the Hobart International after beating higher-ranked Czech Kristyna Pliskova in three sets.

Queensland’s Cabrera recorded a second upset in the space of two days to set up a quarterfinal meeting with either No.3 seed Elena Rybakina or Alize Cornet.

The 22-year-old Cabrera, a wildcard for next week’s Australian Open, also came from a set down to beat former top-five player Caroline Garcia in the opening round in Tasmania.

“I’d say it’s one of the biggest wins (of my career). I’m super stoked that I got over the line,” she said.

“Her serve is unbelievable; I was getting aced nearly every second point. I just had to keep my head together and I did that really well and held serve when I needed to.

“I was actually thinking late in the third … if I’m feeling a little bit tired, I’m sure she’s feeling worse. I train in this heat all the time back in Brisbane, so I felt really comfortable out there.

“I’m feeling super confident. I feel like I’m made little gains in my game, which has helped a lot. And super excited to get out there in the doubles with Sam (Stosur).”

Indeed Cabrera will return to court later this afternoon to take on Belgian pairing Kirsten Flipkens and Alison Van Uytvanck for a place in the semifinals.