Maddison Inglis saves four match points in an epic contest before Destanee Aiava joined her in the second round of qualifying with a brisk 78-minute win. 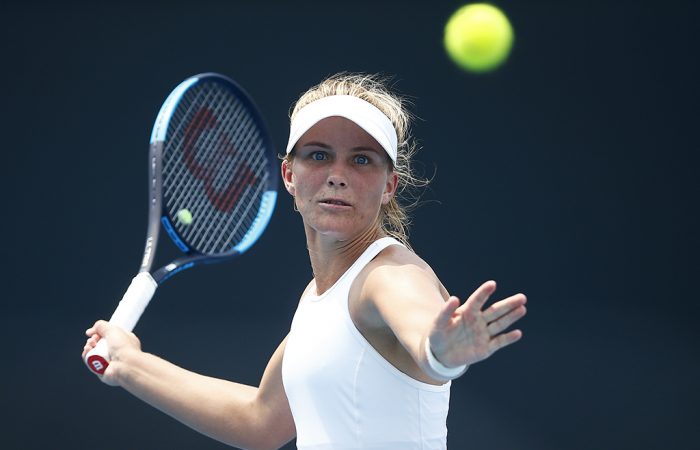 Australian young guns Maddison Inglis and Destanee Aiava scored wins on Tuesday in the first round of Australian Open 2020 qualifying.

Yet the manner in which they both won was sharply contrasting.

Yet Inglis was forced to battle for two hours and 42 minutes, saving four match points and needing six of her own to eventually seal a 6-3 0-6 7-6(17) victory over Slovakian Rebecca Sramkova.

Inglis trailed 8-4 in the match tiebreak before staging a stunning comeback, and was rewarded with victory on her 22nd birthday.

Following her triumph, the crowd that had assembled to watch the drama unfolding performed a rendition of Happy Birthday.

“I honestly think I got a bit of birthday luck,” she laughed when speaking with tennis.com.au.

“It could have gone either way at the end obviously, but I think I just tried to stay really chilled and when I went a match point down I was like, fine, it’s so close still, it’s only one point until you’re even again.

“I haven’t been in that situation very often. I didn’t want to go out stressed and not trusting myself. Obviously it’s really hard at that point to back yourself and go for it, but I was really trying to do that and I think it paid off in the end, when I hit an ace (to win).

“It was a really tough match. I was up a few match points last week (in Brisbane qualifying) and I ended up losing; I think I had five match points then. I was thinking it can’t happen twice in two matches.

“I actually didn’t think about it in my match today, which was awesome. I just had this feeling in my gut; I was like, it’s fine, it’s going to work out. And it did, so it was awesome, and I was so happy.”

Inglis will play former world No.5 Eugenie Bouchard in the second round.

“I think her ranking doesn’t really show her ability at the moment. I’m really excited to play her,” Inglis said.

“I think I got a bit of confidence out of today.”