Unseeded Finnish player Emil Ruusuvuori makes the running at the Apis Canberra International while all-Aussie pairings will feature in both doubles finals. 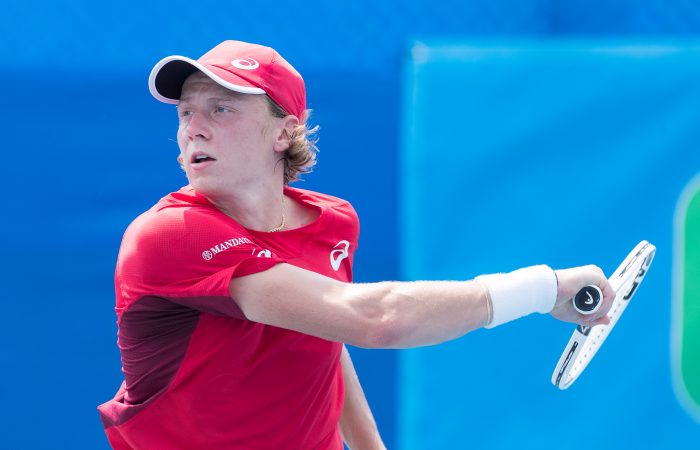 Finland’s Emil Ruusuvuori claimed his third seed for the week at the Apis Canberra International in Bendigo after defeating German Dominik Koepfer (No.8) on Friday to reach the semifinals.

With victories over recent Next Gen Masters champion Jannik Sinner (No.3) of Italy and Japan’s Taro Daniel (No.13), the fast-rising 20-year-old will now play American Denis Kudla, who has been equally impressive this week, upsetting world No.56 and top seed Ugo Humbert of France on Thursday before taking out Spain’s Jaume Munar (No.6).

“It’s great to start the year like this,” said Ruusuvuori, who currently sits at a career-high world No.121 after claiming four ATP Challenger titles in 2019. “It give you a lot of confidence, especially for next week at the (Australian Open) quallies in Melbourne.”

The semifinalists in the bottom half of the draw are yet to be determined after the remaining two quarterfinals were interrupted due to rain on Friday afternoon. German veteran Philipp Kohlschreiber won the first set against American Steve Johnson with scores locked at 2-2 in the second set.  The match between Korean Soonwoo Kwon and Evgeny Donskoy of Russia had just headed into a first set tiebreak when the rain suspended play.

In the women’s event, Romanian top seed Patricia Maria Tig will take on Ankita Raina of India in the first semifinal, while Poland’s Magdalena Frech faces Ekaterina Gorgodze of Georgia.

Canberra’s Alison Bai will partner Victorian Jaimee Fourlis in the women’s doubles final when they take on Hungarian Anna Bondar and Pemra Ozgen of Turkey. The men’s doubles final will also feature an all-Aussie pairing in Max Purcell and Luke Saville who will play third seeds Jonathan Erlich of Israel and Belarusian Andrei Vasilevski.

“It would be nice to start the year with a title, leading into the Australian Open,” Saville said.