After a breakout season featuring three ATP titles, Australian men's No.1 Alex de Minaur is hoping to challenge for Grand Slam trophies in 2020. 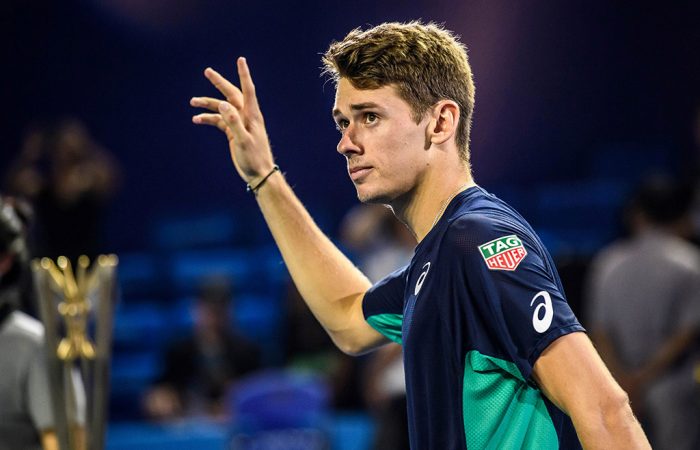 “That’s the plan. That’s the goal. That’s where I want to be; playing these top guys in the second weeks of slams so there’s a real big effort focused on that,” De Minaur told AAP.

The 20-year-old is drawing inspiration from Greek sensation Stefanos Tsitsipas, who crowned his season with victory at the ATP Finals in London to confirm his status as the Next-Gen leader to challenge Grand Slam giants Roger Federer, Rafael Nadal and Novak Djokovic.

“Tsitsipas is a year older (than me) and he’s been doing crazy things and now it’s my turn to hopefully step up and in my own journey be able to knock off as many goals as I can,” De Minaur said.

“The way I’ve been able to finish the year, it’s given me a lot of confidence and I know where I want to be and now it’s all about just keeping that level and trying to contend for more and more titles and hopefully higher level titles.”

Arguably the fastest player in men’s tennis, De Minaur has added several kilos to his lean frame this year and knows it’s key to continue bulking up in his bid to compete with the sport’s heavyweights.

“Keep putting those hard yards in the gym and every single ounce of muscle I can put on is greatly appreciated… it’s been a lot of hard work to get stronger and I’ve been able to tell the difference.

“My serve speed’s going bigger and a couple of other areas here and there it’s showing, so it’s very exciting.

“But the great thing is I know I’ve got so many areas to improve on.”

Even more impressive was the fact the Australian No.1 was hindered by a groin injury that stalled his progress after a hot start to the year.

“I just want to be able to play the whole year next year,” he said.

“That’s probably my main goal. Then just look forward to every day. Take it day by day the way I’ve been doing it and keep pushing myself.”