Arina Rodionova earns her place in the main draw of Australian Open 2020 after a high-quality victory over Storm Sanders in the AO Play-off final on Sunday. 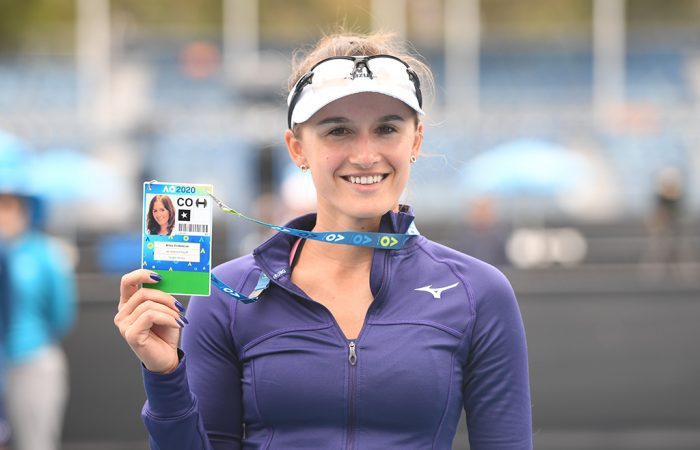 Arina Rodionova will contest the main draw of Australian Open 2020 after winning the AO Play-off final over Storm Sanders on Sunday at Melbourne Park.

Fourth seed Rodionova clinched an exciting 6-4 7-5 victory over Sanders, who was playing in just the fourth tournament into her singles comeback after a two-year absence.

After three times finishing a runner-up in the Australian Open Play-off — in 2013 to Casey Dellacqua, 2014 to Daria Gavrilova and 2015 to Maddison Inglis — victory was sweet for Rodionova, especially given it came on her 30th birthday.

She holds off Storm Sanders 6-4 7-5 in an intense, high-quality battle — and earns an @AustralianOpen 2020 main draw wildcard. #AO2020 pic.twitter.com/qoPnyBWMvp

“I couldn’t dream of a present like this. It’s something amazing. I really was afraid to even think this might happen,” Rodionova said.

“I just didn’t want to get myself too excited, and now I can just finally relax and enjoy the moment. Great day all around for me (smiling).

“To be honest I did not expect myself to play so well right now, because it’s only week two of the pre-season and I’m training really hard through it. I was going into this Play-off very relaxed, I didn’t think really that I could win it, just because I wasn’t prepared 100 per cent. I wasn’t feeling that great on the court, because when you’re doing so much fitness, and other training, it’s not how you normally prepare for the match play.

“(But) tennis is such a great sport — you never know what’s going to happen. I’m really happy.”

The match pitted Sanders’ power and ball-striking abilities against Rodionova’s creativity and exceptional defensive skills — and the battle that unfolded thoroughly entertained the sizable crowd in attendance.

Rodionova seized a valuable break in the opening set, playing a running forehand passing shot up the line to take a 5-4 lead.

She served out the set in the next game, converting her second set point when Sanders netted a forehand.

Games went on serve throughout the second set, and with scores eventually locked at 5-5, a simply epic 11th game played out, during which the quality of tennis hit new heights.

Time and time again Rodionova brought up break points with stellar play, only for Sanders to erase them with inspired shot-making of her own.

Several times the left-hander earned game points, but errors let her down at that crucial moment.

Yet she couldn’t hold off a ninth.

With the break finally in hand, a pumped-up Rodionova went to the changeover with the chance to serve for the match, and bounded out from her chair before time was called, ready to meet the challenge.

And she did, clinching victory when Sanders fired a final shot out. 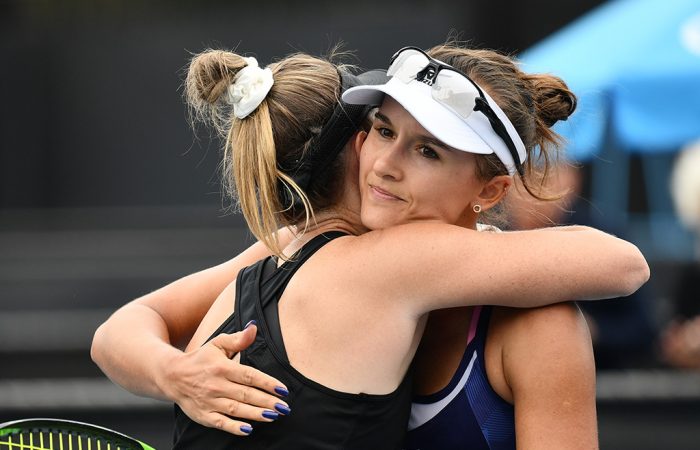 “I don’t want to think about it, that was a bit of a nightmare,” Rodionova laughed when asked about the 11th game.

“We both had some many break points and game points … it was just nerve-wracking and I just thought it was a very crucial moment of the match. I was so happy to get through that one.

“I think this was a really high-quality match. I think we both deserve to play main draw Australian Open, but unfortunately there’s only one spot. But I’m sure Storm will make it, because she plays great tennis right now.

“I knew what to expect. She served really big and her first ball is really good as well. She was coming to the net, she was closing in.

“I just fought every point and that’s all you can do against big hitters like this. I was chasing the ball and got a little bit lucky here and there, and here we go.”