Australia's Craig Tyzzer, coach of world No.1 Ash Barty, has won the WTA's Coach of the Year Award -- an honour determined by members of the WTA Coach Program. 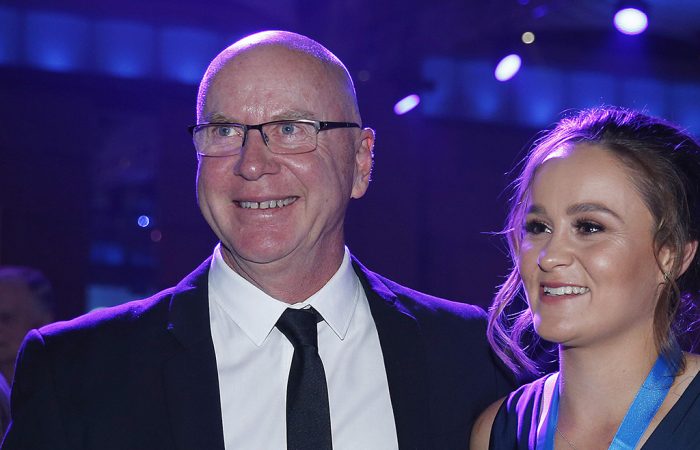 Craig Tyzzer has earned WTA Coach of the Year honours as part of the annual year-end WTA awards.

Tyzzer, coach of fellow Australian and world No.1 Ash Barty, was determined the winner of the award by members of the WTA Coach Program.

He has coached Barty since the 23-year-old made a comeback to the sport in 2016.

Their partnership went to a new level in 2019, with Barty winning four titles — including her first Grand Slam singles title at Roland Garros — and becoming the first Australian woman in WTA rankings history to end a season at No.1.

As explained on the WTA website, not only does Tyzzer’s award recognise his success with Barty on court, but also his role as an ambassador for the sport and in helping to elevate the profile of coaching.

Tyzzer is a Gold Member of the WTA Coach Program; as part of that role he partakes in panel discussions and conferences during the season, as well as talking to the media, with the goal of promoting and enhancing the women’s game.

Barty is among the nominees for WTA Player of the Year, which will be announced on Wednesday 11 December.

In her recent Newcombe Medal acceptance speech, she paid tribute to the significant impact Tyzzer has made in her career.

“You’re the captain of our ship. You make sure that we tick along every single day. There wouldn’t be another person that I would want to spend this journey with,” Barty said.

“You’re an incredible person, an amazing friend. And even though on the court sometimes I’m venting and giving you a little bit of a spray — which I know that I shouldn’t do, I’m sorry (laughter) — we have an incredible relationship, we have great banter, we enjoy each other’s company.”