Sweeny, Schoolkate to clash in 18/u final

No.2 seed Dane Sweeny survives a thrilling semifinal to set up a title match with No.1 seed Tristan Schoolkate, while Charlotte Kempenaers-Pocz scores an upset win in the 18/u girls' semifinals. 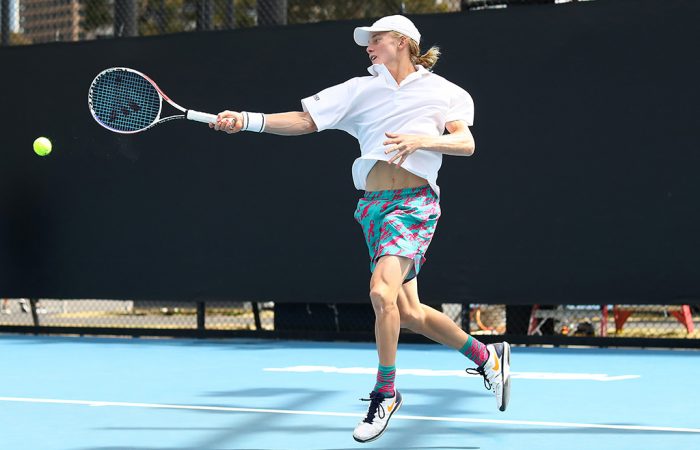 Dane Sweeny battled to victory in three sets on Friday to set up an 18/u Australian Championships final against Tristan Schoolkate.

Sweeny, who fell in the semifinals of the 18/u championships last year, got past Tai Leonard Sach 4-6 6-2 7-5 in just under two hours, a day after stopping Stefan Storch in another three-set thriller.

“I’ll hit the recovery — my legs are feeling pretty shaky after three three-setters (in a row),” said the second seed, who beat Cooper White 5-7 6-1 6-1 in the last of his round-robin matches.

“Tai played exceptionally well … he’s one of the best ball strikers in terms of junior tennis players at the moment for Australia.

“He came out firing, smacking winners all over the place, so I was under the pump from the start, and just managed to keep my head and waited for the moment and took my opportunities well.

Schoolkate, seeded No.1, was stretched to a third set before storming home to beat Alex Bulte 6-1 4-6 6-0 in the other semifinal. 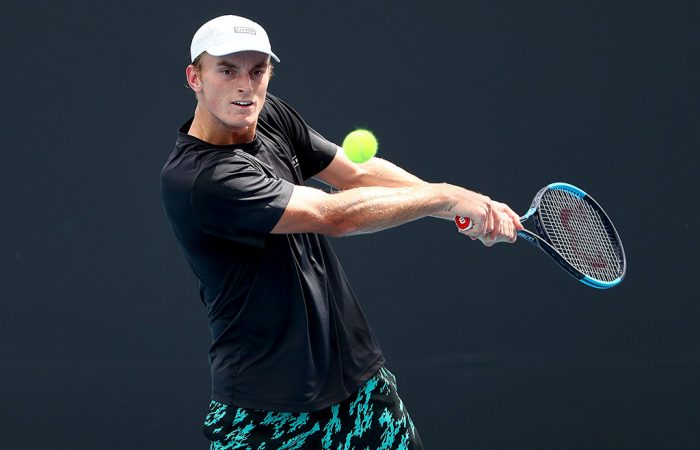 “It feels really good,” Schoolkate told tennis.com.au regarding his progression to the final.

“I always knew he was going to be tough and he’s being doing really well this year, so yeah, it was good to get through that and play a really good third set.

“I play and train with (Dane) all the time and we’re really good mates so it’s exciting (to meet in the final).

“Definitely happy to be in a final at the showdown again. I haven’t been in a while so it’s good to be there.”

In the girls’ 18/u Australian Championships, 15-year-old Charlotte Kempenaers-Pocz stunned fourth seed Annerly Poulos to advance to the final, where she will meet Natasha Russell.

Kempenaers-Pocz, a wildcard into the event, is yet to drop a set in five matches — her latest result a 6-3 6-2 domination of Poulos.

This time last year, the South Australian was contesting the 14/u final at the December Showdown.

“I think (the difference this year) is my composure. I’m not giving in or giving up and I just keep going and fighting for every point.

“(The final is) just a match. I’m putting no pressure on myself and just trying to play as well as I can.” 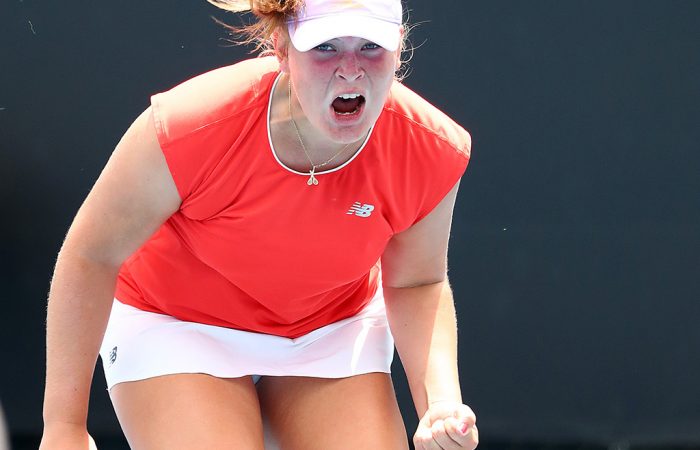 There she will meet Russell, a three-set winner over Taylah Lawless.

Russell finished second in Group A behind Kempenaers-Pocz with two wins and one loss, advancing to the quarterfinal stage where she beat Jasmine Adams on Thursday before stopping Lawless.

“I haven’t had the best lead in to this tournament and I didn’t expect to really do that well here, so I was just really proud of myself that I got through that with an injury and a battle in the head kind of thing,” she explained, referring to her emotional reaction following the 4-6 6-3 6-3 victory.

“I was zoning out a lot. Towards the end when it got to 2-all (in the third set) I was really well focused and was able to battle through it better than her.