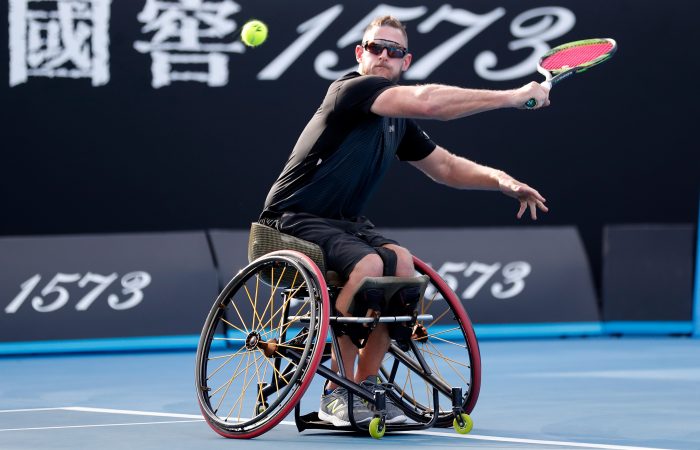 Some of Australia’s best wheelchair tennis athletes including Paralympian Ben Weekes will battle it out in the 2019 Australian National Wheelchair Tennis Championships starting today, Friday 15 to Sunday 17 November.

In the women’s field, two time defending women’s singles champion Janine Watson has returned to defend her title while 17-year-old rising star Sally Schwartz, the 10th ranked junior in the world will be hoping to win her first National Championship.

The junior competition will see the biggest and strongest field ever compete led by top seeds, 14-year-old Riley Dumsday and 18-year-old Finn Broadbent, ranked 6 and 15 in the world respectively.

The tournament will take place on the outdoor courts of the National Tennis Centre in Melbourne and will host all four wheelchair divisions including women’s, men’s, quad and junior events.

In addition to competition, a Come and Try day will be hosted on Saturday from 10.00 am with National Wheelchair Tennis Coach Educator, Greg Crump who last year received the highest international honour in wheelchair tennis, the ITF Brad Parkes Award, recognising his significant contribution to the sport for over 30 years.

Daily order of play will be made available here.