Sam Stosur, who made her Fed Cup debut 16 years ago and became Australia’s most successful singles player, was recognised for her achievements on Friday in Perth. 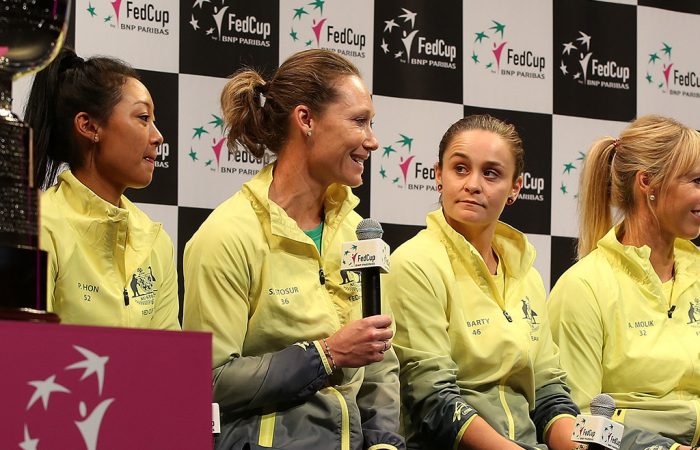 Sam Stosur’s glittering Fed Cup career was formally recognised on Friday when she became the latest recipient of the Fed Cup Award of Excellence.

Stosur was presented with the award at Friday’s draw ceremony ahead of the Australia v France final, set for this weekend in Perth.

“To be recognised for this among so many great tennis players around the world is a real honour,” Stosur said.

“I’ve always loved representing my country. I’m very lucky to have been able to do it for so many years and be part of so many great teams.

“Thanks for being a fantastic team currently, and I also want to thank all of my previous teammates for making all these weeks so special.

“It’s a real honour to receive this today.”

Selected for the doubles rubber this weekend alongside Ash Barty, Stosur will play her 32nd Fed Cup tie for Australia after debuting back in 2003.

Undefeated in eight doubles rubbers, she also owns 29 singles victories, more than any other Australian woman in the history of the competition.

Her combined singles and doubles win-loss record across her 16-year Fed Cup career is an impressive 37-20.