Alex de Minaur kicks off his Next Gen ATP Finals campaign in Milan with victory over Spaniard Alejandro Davidovich Fokina. 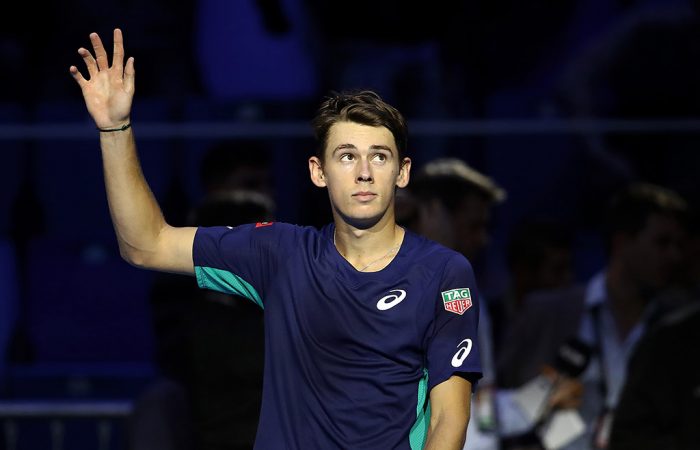 The Australian won eight of the last nine games to pull away from his Group A opponent in his opening match of the tournament.

De Minaur broke in the third game of the opening set before the 87th-ranked Spaniard hit back to win the second and broke De Minaur’s serve in the first game of the third set.

Yet ‘Demon’ broke back instantly, winning eight of the final nine games of the match to close it out in an emphatic 92 minutes at the Allianz Cloud.

The 20-year-old is hoping to go one better than last year’s tournament in Milan, where he lost the final to Stefanos Tsitsipas.

“I just had to get in my head that I played a good second set. He just came up with big shots in big moments,” De Minaur said.

“I had to move on and remember what I was doing well the whole match. I felt a lot more comfortable as soon as I got the break (in the third set).

“This year (in Milan) is completely different, not only the circumstances, but also who I am as a person. I’ve matured a lot on and off the court. Hopefully I can finish the year strong.”