Wins on Thursday night for Ash Barty in singles and Sam Stosur in doubles will see the Aussie champions reach the last four at the WTA Finals in Shenzhen. 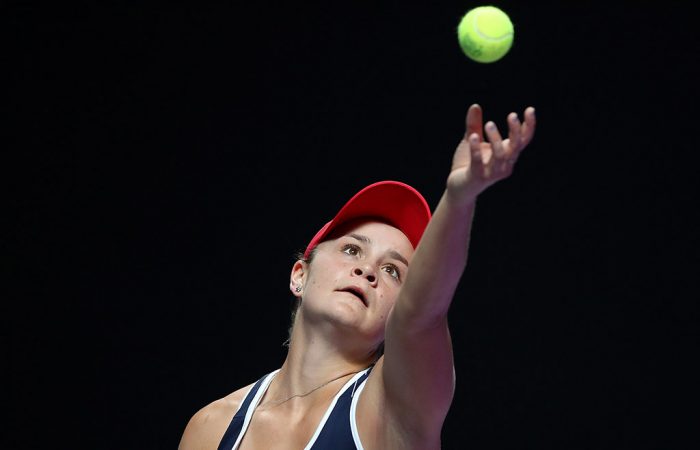 Sam Stosur will open Thursday’s WTA Finals schedule in doubles alongside Zhang Shuai before world No.1 Ash Barty takes to the court for the first singles match of the evening against Petra Kvitova.

While there are endless permutations as all four players in Barty’s pool remain in title contention heading into the final round-robin matches, the equation is simple for Australia’s world No.1.

Take down Kvitova and she’ll top the Red Group and advance to Saturday’s semifinals.

If she loses, Barty could still sneak into the semis if she takes a set from Kvitova and Kiki Bertens defeats Belinda Bencic in three sets.

Such a scenario would require a complicated countback involving games won and lost by each of the competitors.

But the best bet for Barty is to beat Kvitova, as she has done in their past two meetings this year, most recently this month in Beijing.

Kvitova had previously had the measure of Barty. The dual Wimbledon champion edged her in a thrilling three-set final in Sydney this year before toppling her for the fourth straight time in the Australian Open quarterfinals in January.

“I’ve played Petra a number of times this year. Each match has been exceptionally tough. We’ve kind of split them a little bit,” Barty said. “Conditions are different here. Changes things a little bit.

“We’ll figure out a way that we’re gonna try and nullify her strengths and get it back to my patterns as much as we can.”

Stosur and Zhang, meanwhile, must beat Czech duo Barbora Krejcikova and Katerina Siniakova to take their place in the doubles semifinals.

Hsieh Su-Wei and Barbora Strycova, who beat Stosur and Zhang on the opening day of the tournament, have already sealed their semifinal place after two round-robin victories from two outings.