Alex de Minaur scores his second straight win over Roberto Bautista Agut to set up a third-round meeting with Stefanos Tsitsipas at the Paris Masters. 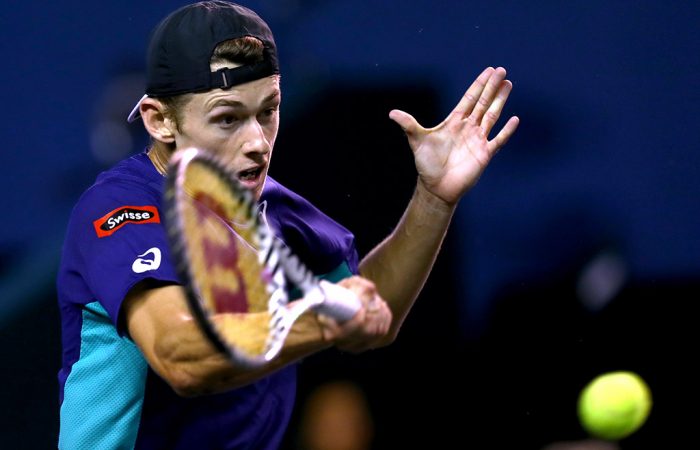 Alex de Minaur continues to flourish indoors in Europe, notching his second straight win to advance to the last 16 of the Paris Masters.

De Minaur upstaged No.9 seed Roberto Bautista Agut to set up a clash with seventh seed Stefanos Tsitsipas — a re-match of last year’s Next Gen ATP Finals decider in Milan, won by the Greek.

The Australia’s 7-6(2) 7-6(1) victory over the 10th-ranked Bautista Agut was his second straight over the Spaniard (he also won their Zhuhai semifinal) and his third over a top-10 opponent dating back to the US Open.

There he beat world No.7 Kei Nishikori en route to the fourth round at a Grand Slam event for the first time.

Matteo is out in Paris but will still make London if:
— Monfils doesn't reach the SFs
and
— Wawrinka or De Minaur don't win the title

A finalist at the ATP 500 event in Basel last week, De Minaur has now won six of his last seven indoor matches and 20 of his past 27 matches overall, a run beginning with his triumphant week in Atlanta.

He continued to show off his beefed-up serve against Bautista Agut on Wednesday, belting eight aces, winning 80 per cent of first serve points — compared with the Spaniard’s 66 per cent — and saving four of the six break points he faced.

De Minaur, at a career-high ranking of world No.18, trails Tsitsipas 1-4 in their head-to-head series, although they have not played in almost a year.

Tsitsipas arrived in the third round in Paris thanks to a straight-sets win over Taylor Fritz.