Storm Sanders continues her singles comeback with an impressive second-round victory over fourth seed in Playford. 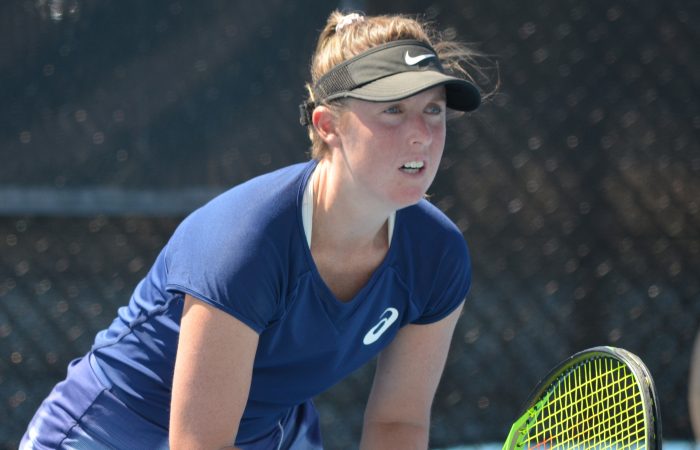 Storm Sanders moved into the third round of the City of Playford International II after upsetting fourth seed Kaylah McPhee on Wednesday.

The wildcard consolidated her quarterfinal appearance in Bendigo last week – in which she came through qualifying in what was her first professional singles event in nearly two years – with a come-from-behind 6-7(0) 7-5 6-3 victory.

“I’m glad to get that win,” Sanders said. “I’ve been following Kaylah’s results and she’s being playing really well, which is awesome for her, so I knew it was going to be a tough match. I had to work hard out there and I was really proud of myself to be able to come back and just fight.”

After achieving this early success on the singles court following the long hiatus, Sanders, 25, is not getting carried away. “I’d been playing some practice matches recently in Melbourne and throughout the year as well and I’d been hitting pretty well,” she said. “I know my level’s there, it’s probably just more mental in those tight moments, and physically, just not quite knowing if my body could hold up.

“I’m also trying not to put too much pressure on myself. I haven’t played singles in two years and this is just my second tournament back, so I’m just trying to enjoy it and focus on the process. It’s a really good mentality for me to have and I think it’s why I’ve had some good results already.”

The West Australian now faces Alexandra Bozovic for a berth in the quarterfinals. “She hits a big ball and she’s won this tournament before, so she likes the conditions as well,” Sanders said. “It’s just another challenge for me.”