Alex de Minaur books his spot in the last four of the Swiss Indoors, beating Jan-Lennard Struff in straight sets. 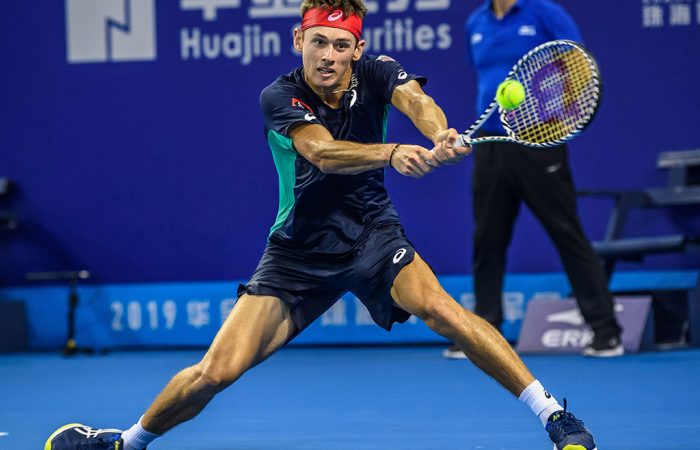 Australian men’s No.1 Alex de Minaur has powered his way into the semifinals of the Swiss Indoors to continue his excellent finish to the 2019 tennis season.

De Minuar, who is guaranteed to climb to a career-high 22nd in the world rankings next week, beat big-serving German Jan-Lennard Struff 6-4 7-6(4) to set up a semifinal against giant American Reilly Opelka.

It was Opelka’s second big scalp of the week after he saw off world No.13 David Goffin in the round-of-16 on Thursday.

The much-anticipated all-Swiss battle between Roger Federer and Stan Warwrinka never materialised after the three-time Grand Slam winner was forced to pull out of the tournament due to a back injury.

“The disappointment is huge,” admitted Wawrinka.

“Not to be able to play this match in Switzerland is very sad. But I need to listen to my body at this point.”

Top seed and defending champion Federer is looking to win the tournament for a 10th time.

Federer will next play Greek world No.7 Stefanos Tsitsipas after he beat Filip Krajinovic 3-6 6-4 6-4 in their quarterfinal.

Brilliant tennis from start to finish 🙌

This is seriously impressive from @alexdeminaur 🔥