Sam Stosur has qualified for the WTA Finals for a remarkable seventh time -- this year in doubles with Zhang Shuai at the tournament's new location in Shenzhen, China. 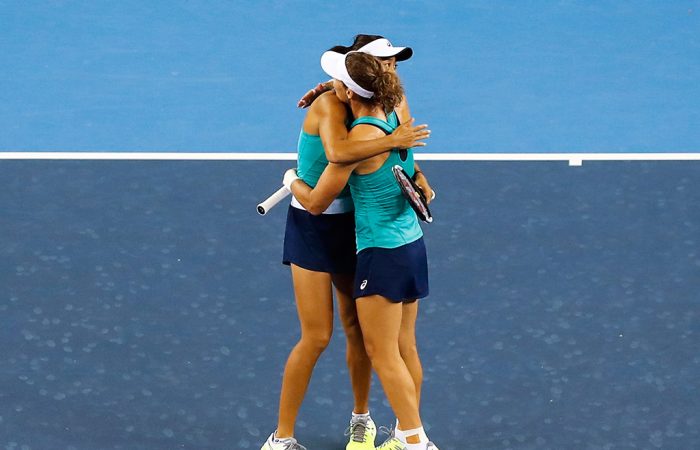 Sam Stosur and Zhang Shuai have qualified as one of the elite eight doubles teams for the season-ending WTA Finals in Shenzhen.

The Australian-Chinese duo, the reigning Australian Open champions, clinched the sixth berth at the event, which will feature a significantly boosted prize money pool of US$14 million — $1 million of which will go to an undefeated doubles team at the tournament.

In Shenzhen, Stosur will join countrywoman Ash Barty, the world No.1 who was the first player to qualify for the singles event. Barty will compete for a winner’s cheque of US$4.7 million — the richest prize in the history of men’s or women’s professional tennis.

“I’m very happy to return to the WTA Finals after quite some time,” Stosur told wtatennis.com. “I have great memories from this event, in singles and doubles, and I’m looking forward to competing in Shenzhen with my good friend Shuai.”

Indeed, Stosur has a storied history at the season-ending championship, winning the 2005 and 2006 doubles titles with Lisa Raymond.

She also qualified for the field in 2009, playing alongside her current coach Rennae Stubbs.

Stosur qualified for the eight-player singles field three years running from 2010 to 2012, reaching the semifinals in those first two appearances.

This season, Stosur and Zhang also reached the Miami Open final and three clay-court quarterfinals in Madrid, Rome and at Roland Garros.