Fitzgerald to join the Australian Tennis Hall of Fame

South Australian legend John Fitzgerald will be inducted into the Australian Tennis Hall of Fame in January 2020. 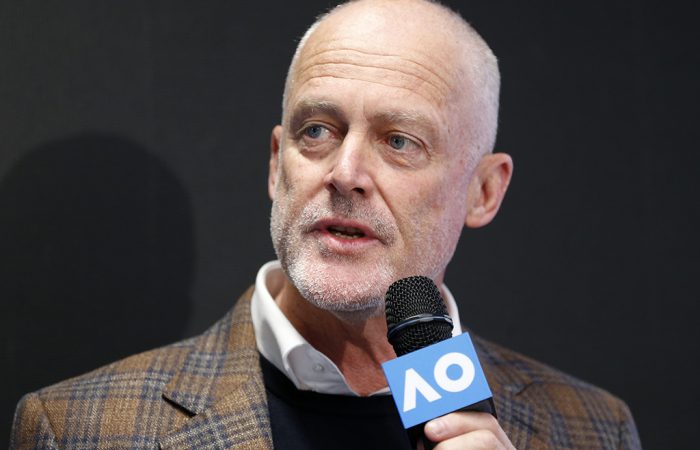 John Fitzgerald, former Davis Cup champion, Davis Cup captain and world No.1 doubles player, will be inducted into the Australian Tennis Hall of Fame in January 2020.

The South Australian legend – one of the most successful Australian players in modern times and a dedicated ambassador for tennis – will join the ranks of Australia’s greatest tennis sportsmen and women. He will be honoured at a special ceremony at Rod Laver Arena during the Australian Open, and his bronze bust will join a coterie of Aussie legends in Garden Square.

The ‘Cockaleechie Kid’, nicknamed after his hometown in South Australia, developed his game on his family’s farm and quickly rose to become one of the most valued competitors in Australian tennis.

A top-ranked Australian singles player, he amassed six ATP Tour titles and climbed to a career-high world No.25 ranking in 1988. But it was in doubles and team sport that ‘Fitzy’ excelled – the Davis Cup was said to act like a special fuel and ignited his fervour in the successful 1983 and 1986 campaigns.

“Fitzgerald all but sprouts wings when he plays Davis Cup for Australia,” reported The Age, after 23-year-old Fitzgerald downed Swede Joakim Nystrom in four sets to win his singles rubber on day one of the competition in 1983 at Kooyong.

Australia won its 26thDavis Cup title in 1986 – also against the Swedes on grass at Kooyong – after Fitzgerald successfully partnered Pat Cash in the important doubles rubber to give the Australians a 2-1 lead. Overall he held a 19-14 (win-loss) Davis Cup record over 23 ties.

Fitzgerald was selected to captain the Australian side from 2001, steering the team to a dramatic final against France at Melbourne Park in his first year.

Fitzgerald represented Australia in two Olympic Games (Seoul and Barcelona) and won 30 ATP doubles titles, including seven Grand Slam men’s doubles and two Grand Slam mixed, both with Elizabeth Smylie, at the US Open in 1983 and at Wimbledon in 1991.

He was ranked world No.1 in doubles in 1991, the year he teamed with Swede Anders Jarryd to win three majors – Roland Garros, Wimbledon and the US Open.

Awarded the Medal of the Order of Australia in 1993, Fitzgerald retired from professional tennis in 1995 and commenced a standout career as a tennis broadcaster after finishing his term as Davis Cup captain in 2010. He has also covered much ground across Australia inspiring school children to play the sport, and giving motivational talks to community groups, aspiring players and sports clubs.

“It is great to see so many players come through and represent Australia at an international level,” Fitzgerald said.

“But for me it’s always about the number of people with a racquet in their hand who enjoy the sport.

“I want kids to get as much enjoyment out of tennis as I have experienced. It’s the best sport I know and I have always wanted to give back to it. I am thrilled to be joining the Australian Tennis Hall of Fame, it’s such an incredible honour.”