Ash Barty was made the No.1 seed during Friday's draw ceremony in Beijing on the same day Sam Stosur and Astra Sharma fell in the first round of qualifying. 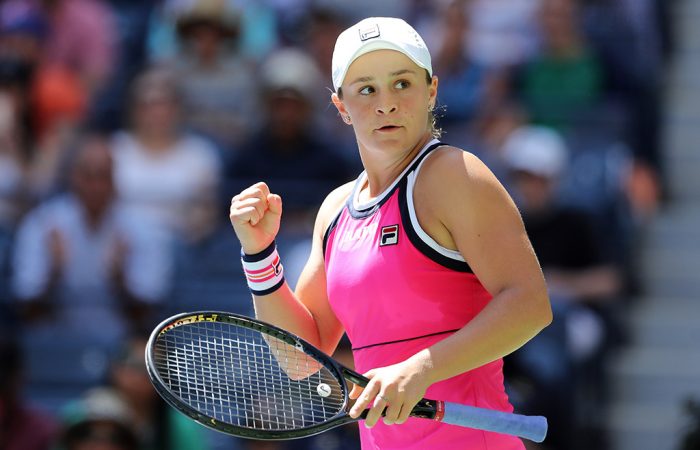 Ash Barty and Ajla Tomljanovic will feature in the main draw at the US$8.29 million China Open in Beijing, beginning this weekend.

Yet countrywomen Sam Stosur and Astra Sharma were unable to bolster Australia’s numbers in the main draw after both went down in their first-round qualifying matches on Friday.

Barty is the No.1 seed, and, as a result of reaching the semifinals in Wuhan, she received a “performance bye” through to the second round along with fellow Wuhan semifinalists Petra Kvitova, Aryna Sabalenka and Alison Riske.

Barty will face either Yulia Putintseva or a qualifier in the second round while a projected third-round meeting with 13th seed Sloane Stephens looms.

Tomljanovic takes on No.14 seed Wang Qiang in the first round, with the winner to play Riske.

Stosur, meanwhile, fell in heartbreaking circumstances to Tamara Zidansek, doing all the hard work to recover from 1-3 down in the third set to lead 5-3 — only to miss a match point when serving for the match at 5-4.