Aussies in action: US Open Day 11 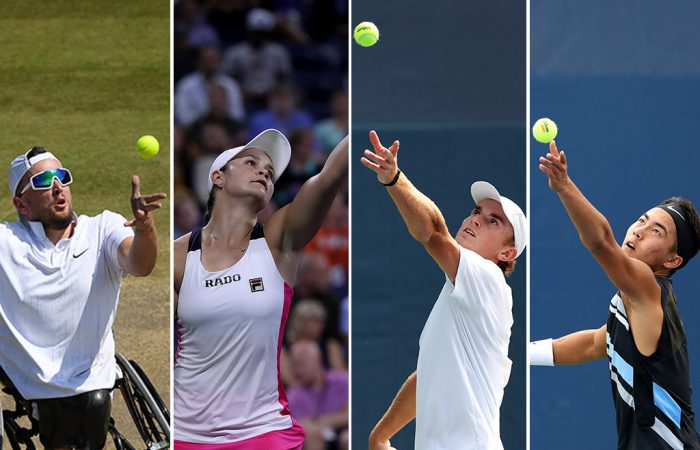 Ash Barty and Victoria Azarenka will play for a place in the US Open women’s doubles final on Thursday at Flushing Meadows.

Eighth seeds Barty — who won the title last year with CoCo Vandeweghe — and Azarenka take on the unseeded duo of Viktoria Kuzmova and Aliaksandra Sasnovich, who upset No.3 seeds Gabriela Dabrowski and Xu Yifan in the quarters.

Also in action is Dylan Alcott, who begins his US Open title defence in the round-robin stages of the quad singles division against local Bryan Barten.

Alcott is aiming for a calendar-year Grand Slam after scooping the Australian, French and Wimbledon quad singles trophies in 2019.

Two of Australia’s top juniors, Tristan Schoolkate and Rinky Hijikata, each play for a player in the quarterfinals of the boys’ singles tournament on Thursday.

Schoolkate joined Hijikata — who won his second-round match on Tuesday — in the last 16 with a 6-3 6-4 win over No.7 seed Harold Mayot of France.

Schoolkate and Hijikata lost on Wednesday in the second round of the boys’ doubles event, as did Stefan Storch and Ukrainian partner Eric Vanshelboim.