Popryin falls to Berrettini at US Open 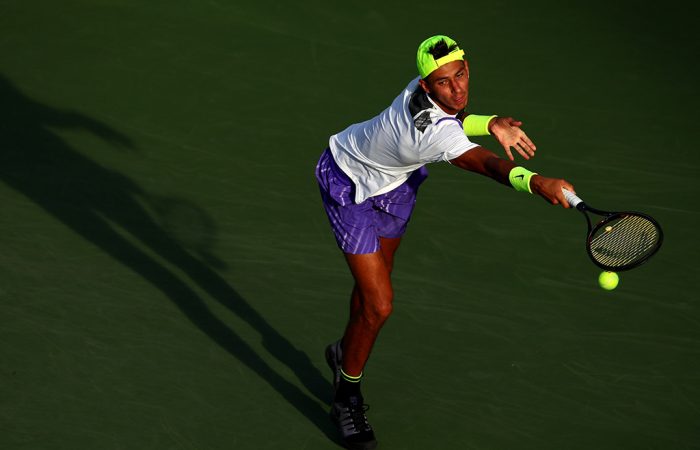 Berrettini advanced to the last 16 after almost three-and-a-half hours on Court 17, saving two set points in the fourth set before dominating the ensuing tiebreak.

He will play either Popyrin’s fellow Australian Nick Kyrgios or Russian Andrey Rublev for a place in the quarterfinals.

Popyrin was unable to contain his frustrations after failing to serve out an epic fourth set.

He was hoping to reach the last 16 at a Grand Slam for the first time and was left shattered at falling just short.

But an ice bath soon cooled him down, with the 20-year-old vowing to hit back stronger.

“I’ll fight to the death. I’ll fight down to the last point every match. That just comes with fighting spirit… I fought for that fourth set and I felt if I had have gone to a fifth set, I would have been the favourite.

“I felt like physically I was in a bit better shape than him.”

The 20-year-old appeared to lack energy in the opening two sets, Berrettini breaking once in each to assume control; the Italian also conjured a multitude of break points with Popyrin serving at 2-2 and 4-4 in the third set.

But the Australian held firm and was rewarded for his tenacity by taking the third set.

He found another gear in an epic 11th game of the fourth set, forcing Berrettini to stave off six break points.

He couldn’t deny Popyrin on a seventh occasion, the youngster igniting the crowd on showcourt 17 with his adrenaline-charged celebration after rifling a backhand past Berrettini and sprinting all the way to the changeover.

Popyrin, though, handed the break straight back before losing the tiebreaker — and the match.

“Every experience at a slam is a learning experience for me,” he said.

“I was ranked outside the top 100 coming into the tournament and now I’m back in the top 100, which is great and hopefully I can stay there for a long time.

“Hopefully I can continue this level. If I play the tennis that I played this week, I know I’m going to do good things.”