Aussies in action: US Open Day 5

Ash Barty and Alex de Minaur will fly the Australian flag on Friday at Flushing Meadows, with both playing for a place in the US Open fourth round. 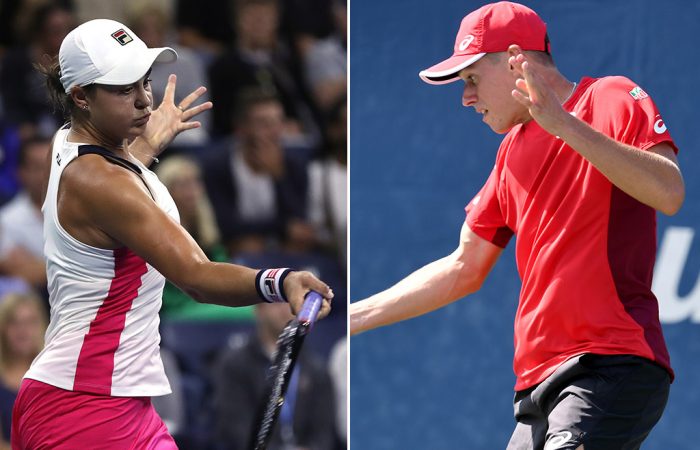 On Friday at the US Open, Alex de Minaur will attempt to reach the second week at a Grand Slam event for the first time while Ash Barty is looking to make a fourth-round appearance for the second year running.

World No.2 Barty faces 30th seed Maria Sakkari for the third time in 2019 while De Minaur has earned himself a shot at No.7 seed Kei Nishikori.

In addition to Barty and De Minaur, 12 Australians will feature in doubles action on Friday at Flushing Meadows.

“Cincinnati we had to fight really throughout that whole event to stay alive. There were some scrappy matches. To make a semis is really good,” Barty said of her Cincinnati run, where she beat Sakkari en route.

“The matches that were after — not the semifinal (loss to Svetlana Kuznetsova) but more the matches and the conditions — were about getting used to being in match situations again. Because nothing on the practice court can give you that. So we’re really pleased with that.

“Obviously it’s paying dividends so far this week. To be in another third round is really, really positive.”

De Minaur will be coming up against Nishikori — who reached the US Open final in 2014 — for the first time.

“This is where I want to be. I want to be in contention to just make second weeks of slams. That’s ultimately my goal,” De Minaur said.

“I will go out there and just play fearless (against Nishikori). That is when I play my best tennis.

“I can draw a lot of good feelings from last year. I had a very tough (five-set) match against Cilic and I just went out there and took it to him.

“You want to be playing these top guys at the top of their level. Hopefully I can really come out tomorrow and give it my best crack.”

De Minaur’s high-octane game has made him a Flushing Meadows fan favourite and he hopes his growing following will help inspire a boilover.

“The support that I get here in New York is amazing. I love playing here,” he said.

“New Yorkers, they just love someone who is going to leave it all out there. If you can get them on your side, it is almost like playing at home and I feel like every time I have stepped out on court, I have slowly started to grow that sort of fan base or crowd support.

“I am very fortunate and very happy for that.”