De Minaur advances at US Open

Australian No.2 Alex de Minaur has moved into the US Open second round with a four-set win over Frenchman Pierre-Hugues Herbert on Monday. 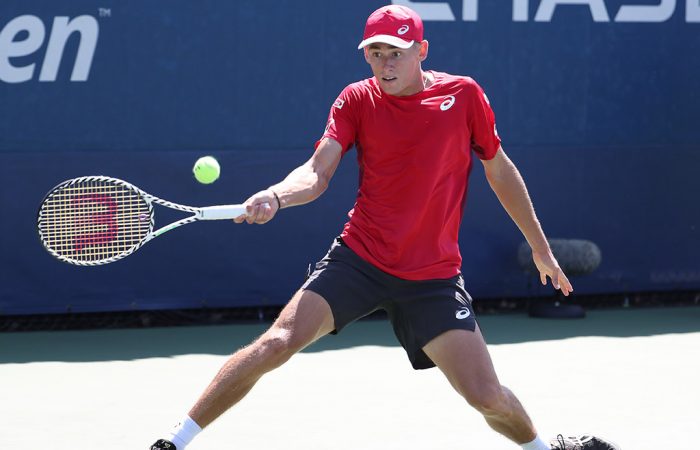 Alex de Minaur was the first Australian through to the second round of the US Open men’s singles after downing Pierre-Hugues Herbert in four sets.

De Minaur, who served 11 aces throughout the match, reached the last 32 at Flushing Meadows in 2018 and pushed No.7 seed Marin Cilic to five sets in a third-round thriller.

This year, he won the ATP title in Atlanta on hard courts as part of his lead-up to the season’s final Grand Slam event.

De Minaur recovered from a service break down in the fourth set to advance over Herbert, a winner of all four Grand Slam doubles crowns.

“Obviously the third set slipped a bit, a bit of a lapse in concentration, but it’s what happens in five-set matches. You’ve got to expect these things. So I’m happy I was able to bounce back and not let it affect me too much.

“I felt like as soon as I got out of that 2-0, 15-40 game on serve, that I was going to get chances because the whole match I was returning and serving really well.”

“I’m happy to get through my first round and it’s going to be another incredibly tough match. But I’m feeling good, the body’s feeling good and I’m just pumped to be here.”