Alex de Minaur is into his second ATP final of the year after the third seed beat Reilly Opelka to reach the title match in Atlanta. 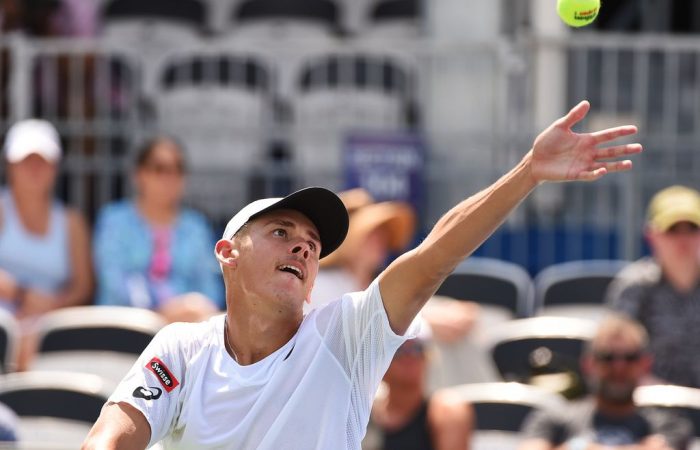 The Australian No.1 beat the American 7-6(4) 6-7(5) 6-3 in the Georgian state capital on Saturday and will play Taylor Fritz in Sunday’s final.

If he wins, De Minaur will claim his second career-title after his Sydney International victory earlier this year.

It’s been an impressive return to form for De Minaur, who had not won back-to-back matches since the Australian Open and who had struggled with a groin injury in the first half of the year.

Although Opelka struck 28 aces, De Minaur himself did not face a break point and at 20 years of age becomes the youngest Atlanta finalist in the tournament’s history.

“Reilly is an incredible competitor, a super tough guy to play and a great friend,” De Minaur said in a court-side interview.

“It’s a bit of a lottery out here. I just had to guess the right way (when returning) on a couple (of) big points and I was fortunate to get the win today.”