Gavrilova knocked out of Lausanne Open 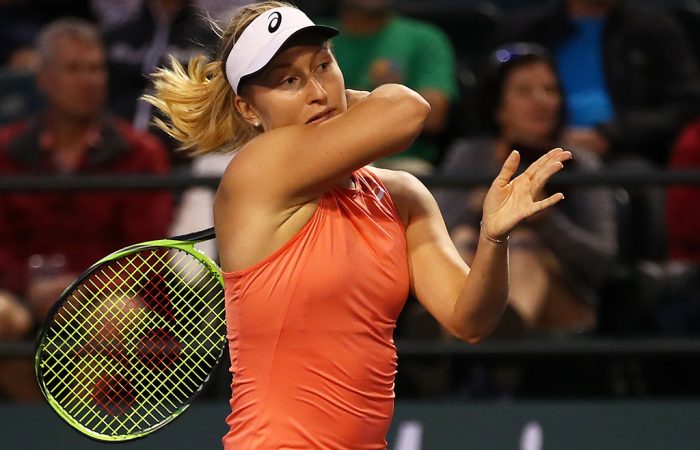 Australia’s Daria Gavrilova was one of several seeds to suffer on a day of upsets at the Ladies Open Lausanne on Wednesday.

Russia’s Natalia Vikhlyantseva proved too strong as she beat the No.7 seed Gavrilova 6-3 6-2.

Alize Cornet, however, had no such problems as she eased to a 6-1 6-1 win over Jasmine Paolini.

Lucky loser Xinyun Han also advanced to the third round as she beat Liudmila Samsonova 7-5 6-4.

Gavrilova’s defeat means Samantha Stosur is the last remaining Australian in the draw.

The Queenslander will meet American Allie Kiick for a place in the quarterfinals.

There were no such problems for the seeds at the Bucharest Open as Kristyna Pliskova, Viktoria Kuzmova, and Laura Siegemund all advanced in straight sets.

Second seed Kuzmova got the better of Australian qualifier Jaimee Fourlis 7-5 6-2, while No.8 seed Pliskova wasted little time in seeing off Ysaline Bonaventure 6-0 6-2.

Siegemund, seeded six, defeated Lara Arruabarrena 7-5 6-3 and in the final game of the day, Kaja Juvan lost to Irina-Camelia Begu 6-4 6-3.

There was mixed news for the Aussies on the grass of Newport in the US, where Matt Ebden progressed to the quarterfinals but Jordan Thompson was beaten.