Evonne Goolagong Cawley says new world No.1 Ash Barty is an "inspirational example to all Australians". 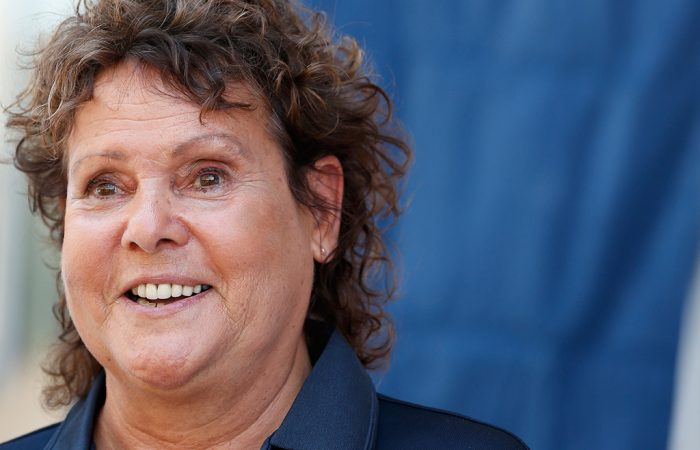 Ash Barty is the first Australian woman to reach world No.1 since Evonne Goolagong Cawley in 1976 and is likely to be seeded in the top spot for Wimbledon next week.

In a message of congratulations today, Evonne Goolagong Cawley said she believes Ash has earned her place as world No.1.

“Since she came back into tennis Ash has worked hard and step by step the results have come,” Goolagong Cawley said.

“In 2019, with all the pieces in place, her rise has been almost unstoppable. Ash is a very worthy No.1 and winning at the French will have given her even more confidence. I am so proud that another Aboriginal player sits on top of the rankings in women’s tennis, particularly a young lady who conveys such happiness in all she does.

“She really enjoys being out there and she has become an outstanding and inspirational example to all Australians. Well done Ash – long may your success continue.”

Congratulations to World
No. 1, @ashbar96. With incredible versatility, perseverance, and focus, Ash Barty is an inspiration to the next generation of young players in Australia. Well done! https://t.co/Sa61roCYNF

Barty is only the fifth Australian to reach the pinnacle of the sport, joining Goolagong Cawley, John Newcombe, Pat Rafter and Lleyton Hewitt.

“It’s just been the most incredible journey for myself and my team. You always dream of it (being No.1) as a little kid, but for it to become a reality is incredible. It really is.

“It’s not something that was even in my realm – this year we were aiming for top 10 and now to be where we are, it’s a testament to all of the people around me. I have the most incredible team of people who have been with me these last three years.

“We started from scratch three and a half years ago and now to be where we are, not only for me, it’s a massive achievement for them.”

This year Barty has reached unequalled heights, with a win-loss record of 36-5, higher than any other women’s player, a first WTA Premier Mandatory title in Miami, a place in the Fed Cup Final, a maiden Grand Slam title at Roland Garros all leading to her latest accolade, a title in Birmingham and the world No.1 ranking.