Barty will inspire next generation – Molik 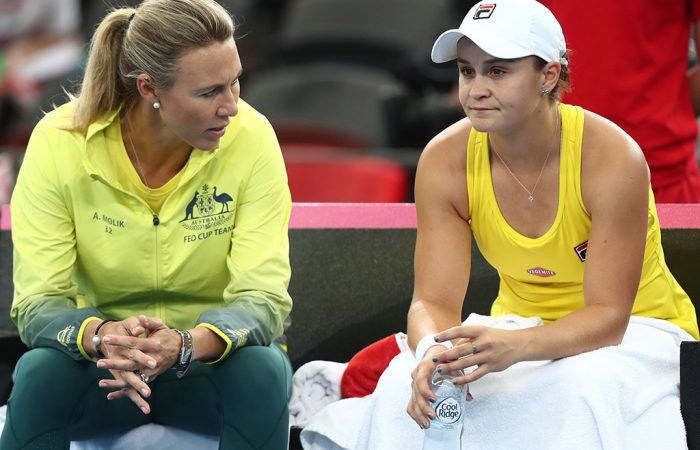 The 23-year-old from Queensland will rise to No.2 in the new world rankings.

“Really, really proud of her,” said Molik. “I always knew it was in Ash.

“She’s got a game that sets her apart from every other female tennis player in the world. I think she’s going to have a huge influence on the next generation.

“It’s massive for women’s tennis. Sam [Stosur] pushed very close, got to the final and a couple of semifinals, and it’s so nice Ash is able to carry the momentum.

Alicia Molik talks through what makes Ash Barty one of the best players in the world despite a height disadvantage on many other players on tour.

“Just phenomenal, and I know she’ll go from strength to strength.

“In terms of juniors and the next generation, it’s really exciting and I hope it breeds more Australian champions.”

Molik has captained Australia to a Fed Cup final against France in November, with Barty leading from the front.

“Despite her ranking and being a Grand Slam champion, for the rest of the season it is all a bonus.

“She’s got the Fed Cup final in November. Playing for her country and representing her state are equally important.

“That’s what I love about her – she’ll be the same Ash Barty but with a very special trophy.”