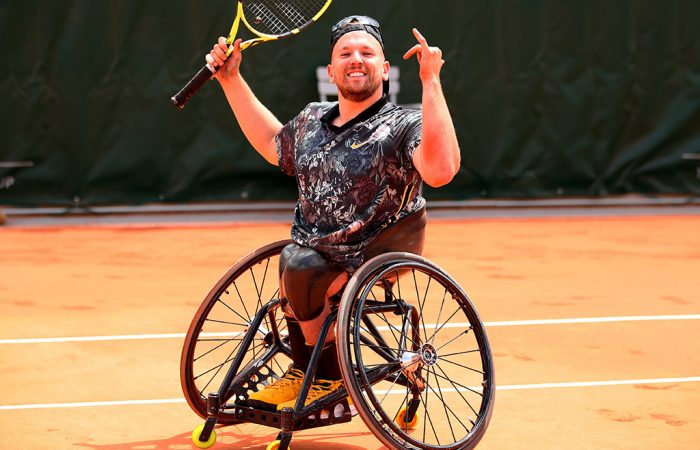 This is the first year that all four majors will feature the discipline as it makes its debut in Paris and at Wimbledon next month.

“I’m serious about this Grand Slam thing. I’m going to go home and have a hit on the grass. I love Wimbledon – getting to play last year was so cool. I’ll have my full team with me, my partner Chantelle, and it’s going to be unbelievable.”

“She’s such a legend and a friend of mine. She deserves it. And she’s a cross-sport person like I am – she went tennis-cricket-tennis, I was tennis-basketball-tennis. I’m super-proud of her. She’s getting the love she deserves back home, and I think I’m piggybacking off that.

“But I have done the double. I feel awesome. I’m just so glad we’re finally here, and to win means everything.“

That feeling when you win your first ever FRENCH OPEN BABY!!! An honour to be the first ever Roland Garros Quad Wheelchair Champion … As always thank you to everyone for the love xxxxx #rolandgarros pic.twitter.com/RwUnVtLYHM