A strong Australian contingent will contest the Surbiton Trophy this week, which marks the beginning of a six-week grass court swing. 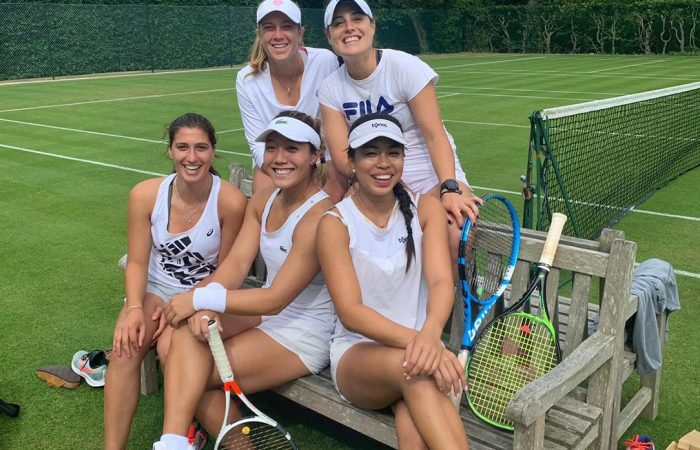 Roland Garros continues this week, but for many of Australia’s top-ranked players it marks the beginning of the grass court season.

A strong contingent of Australian players will compete at the Surbiton Trophy in Great Britain.

> Take a look at the Surbiton Trophy men’s singles draw

There is also strong representation in the women’s event, including six players who begin their qualifying quest tonight.

The focus of the camp was positive psychology on-and-off court, building conditioning and adapting their games to grass.

“This camp is part of our National Female Camps strategy of bringing our female players together more often to create a team and a sense of community within our Australian female players. We undertake this for each age group from 12s upwards culminating in our Fed Cup camps prior to each tie,” Rohan Fisher said.

“This camp in particular was positioned at the half way mark of the European schedule and acts as a freshen up before some of our female players start the grass court season.”