Popyrin fights back for opening win at French Open

Alexei Popyrin gives Australia a winning start at Roland Garros as he beats France's Ugo Humbert on the opening day in Paris. 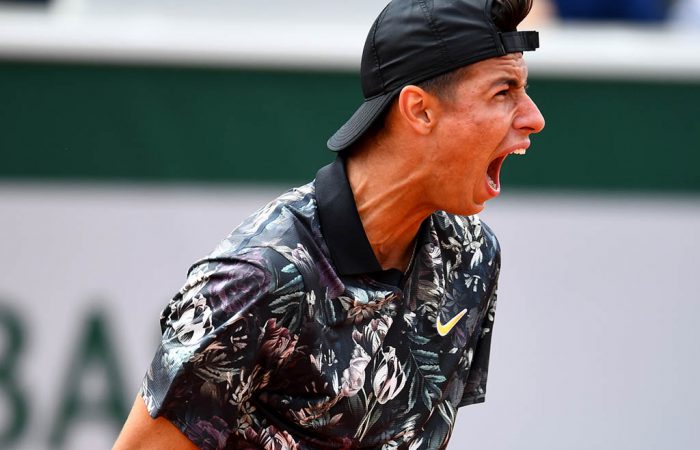 The world No.109 was the only Australian in action on the opening day at Roland Garros, with women’s eighth seed Ashleigh Barty and men’s 21st seed Alex de Minaur among those both scheduled for Monday starts.

The first Australian to win the French junior crown since Phil Dent in 1968, Popyrin burst onto the scene with an exciting run to the Australian Open third round earlier this year.

A fan of the Paris clay, Popyrin’s victory will likely push him within reach of the world’s top 100 and with that direct entry into all four majors.

“I just feel more and more comfortable playing on this level,” Popyrin said.

“I’m looking to break the top 100 sometime soon and then I will set another goal.

“But I haven’t looked past the second round; I know I’ve got Laslo Djere or Ramos-Vinolas, but I have no clue who I have in the third round.”

Victory looked a far-flung prospect early on as lanky left-hander Humbert unfurled his forehand to great effect in a 26-minute first set.

But, after literally slipping over in being broken in the first set, Popyrin found his feet to slowly turn the tide.

The Australian applied constant pressure to the 20-year-old’s serve in the fourth set, eventually breaking for a 3-1 lead.

He remained composed while Humbert called for the trainer, relying again on his serve to stave off three break points to seal the contest in two hours and 52 minutes.

“On tough points, I have always tried to keep a cool head, and I’ve always managed to do that,” added Popyrin.

“That’s something that’s really helped me a lot, and I hope it will stay.”