Alexei Popyrin will be the only Australian in action when the French Open begins on Sunday, while Nick Kyrgios pulls out through illness. 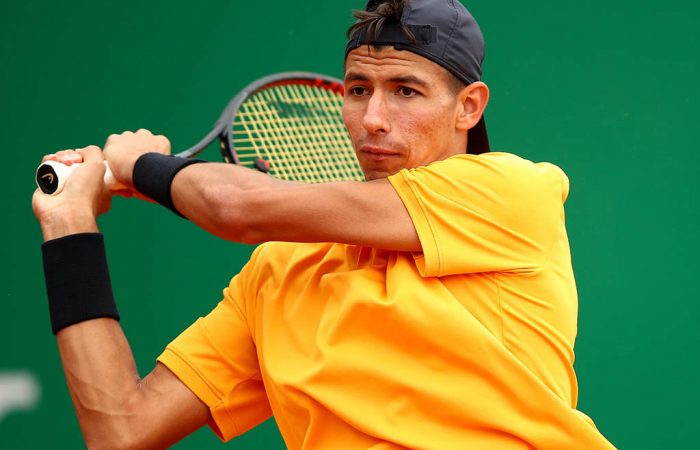 With fond Roland Garros memories in his pocket, Alexei Popyrin is happy to shoulder the nation’s French Open hopes as the only Australian in action on the first day.

Australia’s 13-strong Roland Garros contingent shrunk by one on Friday when Nick Kyrgios withdrew for the second straight year, this time citing illness.

Of the 12 remaining, only 19-year-old wildcard Popyrin will play on Sunday, first up on Court 14 (7pm AEST) against French 20-year-old Ugo Humbert, with eighth-seeded Queenslander Ash Barty among a host of Australians that could begin their campaigns as late as Tuesday.

Sydney teen Popyrin is a relative newcomer on tour, but as a French Open junior champion he shares an honour with household names Roy Emerson, Ken Rosewall, John Newcombe and Phil Dent.

“I haven’t played here since I won the juniors two years ago,” Popyrin recalled.

“Just walking through reminiscing, walking the same paths I did after I won and going back to those feelings I had is great. But I’ve gotta get focused, and I am.”

Popyrin underlined his potential with a run to the third round of the Australian Open in January that included the scalp of eighth seed Dominic Thiem.

Now world No.109, Popyrin embraced the hometown hype and expects his French equivalent to do the same on Sunday.

“I reckon the match will look something like my first round at the Aussie Open, but this time I won’t have the crowd on my side,” Popyrin mused.

“I love the big crowds though, even when they’re against me it just gives me extra fight, extra motivation.

“It will be interesting; two young up-and-coming players and my first time playing best-of-five on clay, so we’ll see how my body holds up.”

Barty trained strongly under brilliant blue skies on Friday as she tries to shake an arm injury that forced her to withdraw from the Strasbourg International earlier this week.

In the top quarter of the draw alongside top seed Naomi Osaka and Serena Williams, due to begin on Monday at the earliest, she will have time on her side before a first-up date with American Jessica Pegula.