Stosur and Sharma win in Strasbourg

Sam Stosur and Astra Sharma make a strong start in Strasbourg with straight-sets wins in round one. 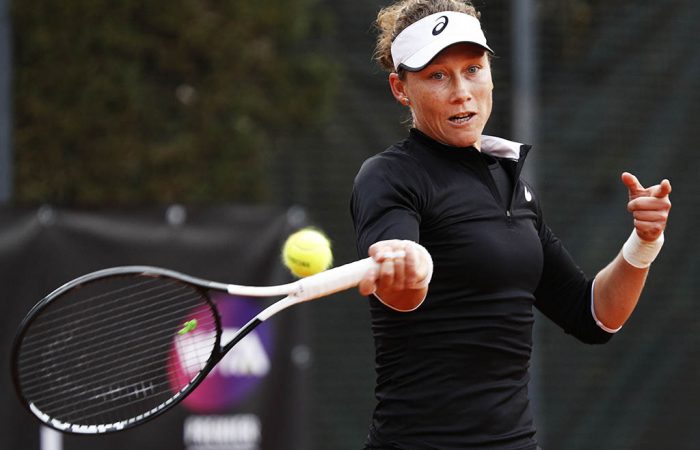 Sam Stosur and Astra Sharma both won their first-round matches at the claycourt WTA Strasbourg International on Monday.

Stosur is through to the second round after scoring a fine straight-sets win over American Jessica Pegula.

The 35-year-old former world No.4, who won her most recent WTA singles title in Strasbourg two years ago when beating compatriot Daria Gavrilova, won 6-3 6-1 in just over an hour as she continued her build-up to next week’s French Open.

World No.48 Zhang is the highest-ranked player Sharma has beaten in an impressive 2019.

Sixth seed Yastremska, who beat former US Open champion Stosur at the Australian Open in January in straight sets, won 6-2 6-4 to claim her first win on clay for the year.

Top seed and Australian No.1 Ashleigh Barty kicks off her tournament on Tuesday night (AEST) against Gavrilova, as the two Aussies face off on clay for the second time in three weeks.

Earlier this month Barty beat Gavrilova in the first round at the Madrid Open in straight sets.

Barty holds a 3-1 edge in their head-to-head record ahead of her final hit-out before arriving in Paris, where she is guaranteed a top-eight seeding for the first time.